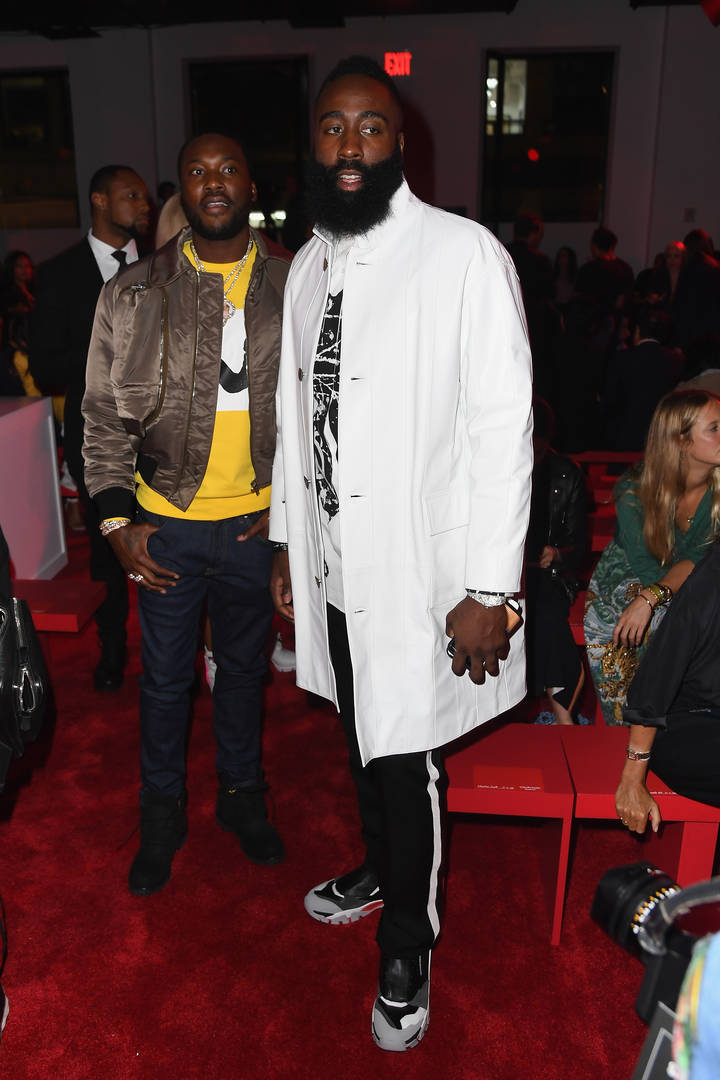 Meek Mill is rumored to be trying to convince his pal James Harden to play for Philly.

Meek Mill‘s found himself entangled in drama within Philadelphia. The rapper tossed an idea out into the universe in an attempt to de-escalate the tension within Philadelphia and get some rising rappers from the city a record deal. Unfortunately, it resulted in a few individuals taking issue with this claim, and placing a “ban” on Meek in North Philadelphia. Meek replied, “We run the hood the fuck is you saying lol.”

And perhaps his reach extends far beyond that of North Philly. James Harden’s possible move to the Nets could be thwarted if the Championships rapper has the last say.Per The Athletic’s Kelly Iko and David Aldridge, Meek has reportedly been pushing his good friend James Harden to come to the Philadelphia 76ers following news the Rockets guard requested to be traded off the team. According to ESPN’s Adrien Wojnarowski, there are promising signs that Harden is set on joining Kylie Irving and Kevin Durant in Brooklyn.

Meanwhile, the reason for Harden’s decision to request a trade was revealed earlier this week during The Odd Couple podcast. Harden, and other players on the Rockets, reportedly are not in agreeance with Tillman Fertitta’s ties to the Republican Party and support for Donald Trump.

“What I heard is, and we know how much politics and political position had to do with the boycott and protests during the Bubble — I’m hearing that Tilman Fertitta’s strong Republican support and donations is one of the things that is contributing to this dissatisfaction,” NBA Inside Ric Bucher said. “There is a revolt here because they look at Fertitta as a guy who supports the current President.”

We’ll see how this plays out.