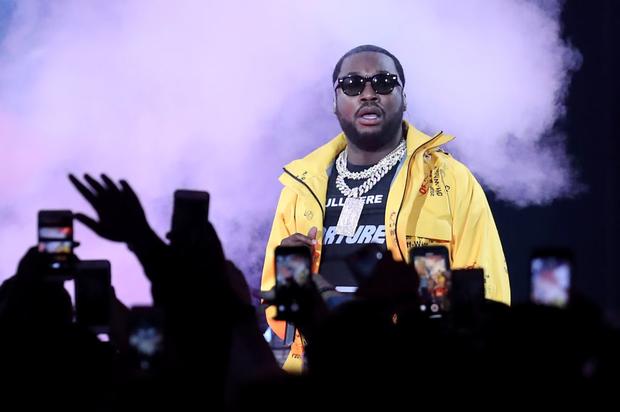 Meek Mill’s Philly Rival Uses His Own Words Against Him

Poundside Pop comes for Meek Mill with the rapper’s own lyrics in the midst of their Philly-centric beef.

Meek Mill was effectively banned from North Philadelphia by Poundside Pop, a local rapper, who was unhappy with Meek’s attempts to stop the violence in his hometown.

“I’ll get all the main big artist in philly a deal if they put them bodies behind them and squash them beefs …I hear about ….got some hot young bulls from my city but they all beefing,” said Meek on Twitter. “And that’s just a idea but I’ll push thru with my city if y’all make it thing! It’s like 5 clicks that’s talented but they deep in! And get they most attention when they beefing! And when I say bodies I mean friends or family you lost!”

Meek wasn’t trying to stir the pot or anything… he was simply trying to get Philadelphia-area rappers to focus on the bag instead of on each other.

Poundside Pop was particularly peeved by the comments, finding receipts that suggest that Meek isn’t actually from Berks Street, which he has claimed in the past, but that he’s actually from 18th, which is in a completely different part of the city.

Now, he’s using Meek’s own words against him after Meek stunted with a shopping bag filled with racks upon racks of cold hard cash.

You may recognize those words… they come from Meek’s own mouth on the song “Lord Knows”. However, last night, Poundside Pop repurposed them to suggest that Meek is a hypocrite, saying: “These Ya words not mine. U SHOWING YA TRUE COLORS.”

How far do you think this will go?