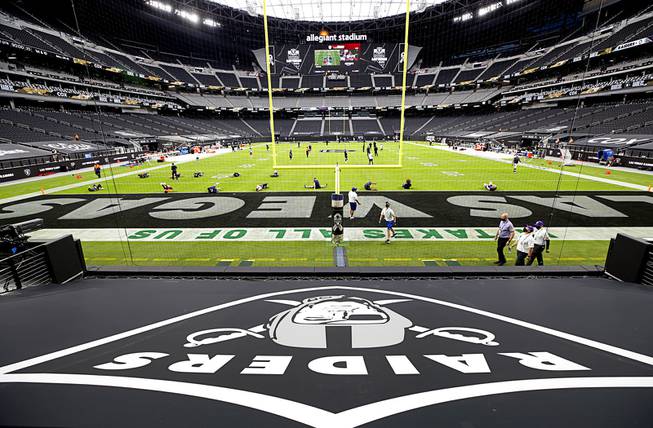 The Raiders have spent much of the season searching for ways to bolster their defensive front, and one move that has really piqued the interest of the fan base was the signing of David Irving.

Irving appeared to be on his way to a breakout season with the Dallas Cowboys in 2017, as he recorded seven sacks in eight games before a failed marijuana test prompted the NFL to suspend him. Rather than serving his suspension, Irving chose to retire and pursue a career in the cannabis industry.

The league relaxed its marijuana rules in the meantime, and Irving decided to resume his playing career by signing with Las Vegas last month. After three weeks on the practice squad, the Raiders activated him for Sunday’s game against Denver, and Irving got on the field for 22 defensive snaps in Las Vegas’ 34-17 win.

After reviewing the game film, anyone hoping Irving would be an impact player immediately will have to reset their expectations. Still, there were some flashes of potential.

First, Irving is very visible, even among giants. At 6-foot-7, 290 pounds, he cuts an imposing figure, and he dotted his 2020 debut with some spurts of athleticism — especially early in the game, before fatigue set in.

On this 1st-and-10 play, Irving (No. 95) lines up outside the right guard and gets stuck on a block, but continues battling and sliding along the line and eventually runs the ball-carrier out of bounds after an eight-yard gain:

Irving showed off some elite physical skills on this 1st-and-10 run play as well. Lining up opposite the right tackle, Irving uses quickness to avoid the initial block entirely, leaving the tackle lunging at air. Irving then regains his balance in time to take on the pulling left guard; he stands up the block, strings out the running back until the play is ruined, then makes the tackle for no gain:

Those were the highlights. Irving did record one quarterback pressure, but that was mostly due to Broncos quarterback Drew Lock panicking and vacating a clean pocket for no reason. That allows Irving to disengage from his block and shepherd Lock toward the sideline, forcing an incomplete pass:

Irving showed some rust. On one of his first snaps, he anticipated contact at the snap, but the right guard and right tackle jump past him; Irving stumbles into the backfield and gets buried by a wham block from the pulling right guard:

Luckily, defensive end Arden Key sniffed it out and was able to flow to the ball and make the tackle for no gain on that play.

The rest of Irving’s snaps in the run game were unproductive. On this 3rd-and-short play, he shifts to the A gap before the snap, and the motion action and blocking scheme induce him to push toward the weak side. The play is designed to cut back, however, and Denver blocks the edge pretty well, allowing Phillip Lindsay to go against the grain and pick up the first down rather easily:

Irving allows the right guard to completely ride him out of his lane on this play:

There were other plays where Irving just looked fatigued, which is understandable after taking two years off from the game.

Irving lines up directly over the center on this play and gets a 1-on-1 matchup, but he gets no push. Lock is able to take a deep drop and has plenty of time to scan the field and identify his target:

Irving’s rush may have been designed to open up a lane for blitzing Johnathan Abram, but the Broncos picked it up. Fortunately for the Raiders, Lock is not very good and fired the pass into triple coverage for no reason, resulting in an interception.

Overall, it was an intriguing debut. Irving made a couple plays in the run game, got blocked on a few others and probably just lacked the burst to contribute as a pass rusher, most likely due to his conditioning and fitness being a work in progress.

If Irving can get up to speed over the second half of the season, based on what he showed on Sunday he can be a positive addition to the Raiders’ stable of defensive linemen.