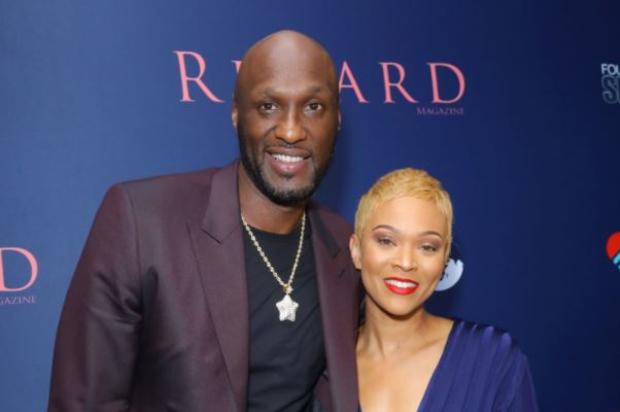 The couple briefly separated after Parr called off their engagement, but now she’s ready to be his wife once again.

The wedding is back on for Lamar Odom and Sabrina Parr after the fitness guru announced on her Instagram page that she’d called their engagement off. The pair have been battling through a series of personal issues, many that they’ve discussed openly with the world. Sabrina is well-aware of Lamar’s reputation and struggles including substance abuse and sex addiction, and the couple has spoken about how they’ve addressed them together. However, when Sabrina previously shared that the engagement was over, she made it clear that she hoped that Lamar Odom was receiving the help that she said “he so desperately needs.”

It didn’t take long for them to lock things down once again, and recently, Sabrina Parr took to her Instagram Story to talk about her fiancé—this time with words of encouragement. “You were such a great ball player,” she penned in a lengthy message to Odom. “You had finesse, style, calmness, skill out of this world, hustle, tenacity & you were an all around impact player!  You have records that still stand today! But you know what? You are still that guy!”

She wanted Lamar to know that despite his setbacks, he still possessed the qualities that millions of fans admired during his days when he was going hard in the paint. “As your woman, I’m gonna always push you to be great!” Parr wrote. “When I become your wife, I may push you even more! Not because you’re not enough as you are, but because I know how you’re built… Nothing about you is mediocre!”

Read her message in full below.