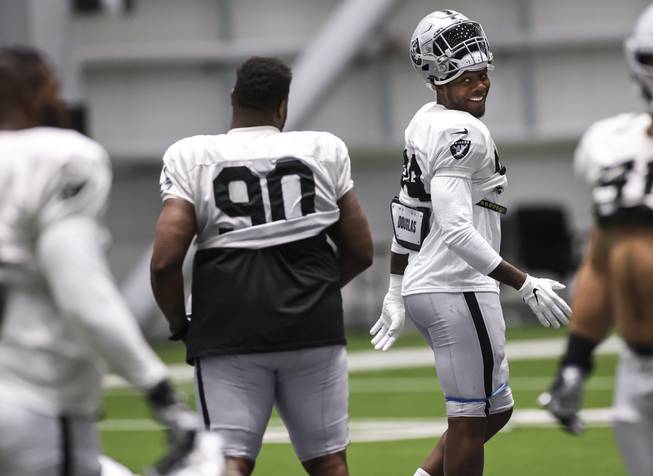 The Raiders already had one scheduled appearance on Sunday Night Football wrecked because of positive coronavirus tests and ensuing contact tracing. Now they risk losing another.

They presumably came into contact with either defensive end Clelin Ferrell after he tested positive on Tuesday. They could all still be eligible to play Sunday night if they complete a self-quarantine the rest of the week and test negatively three times apiece.

It’s a nearly identical scenario to what happened last month when right tackle Trent Brown tested positive going into a game against the Tampa Bay Buccaneers, and the entire offensive line had to be held out of practice all week. Everyone except Brown ended up playing but the game was moved from Sunday Night Football to an afternoon slot.

There’s no word on if a different matchup will again be moved to Sunday Night Football this week to ensure the NFL has a game for its highest-rated weekly broadcast stays intact. In addition to Ferrell and Brown, the Raiders already had another pair of players on the COVID-19 list before today — linebacker Cory Littleton and cornerback Lamarcus Joyner.

NFL Network’s Ian Rapoport first reported the new cases right before coach Jon Gruden ended his weekly Wednesday Zoom call so he was not available to comment. Wide receiver Hunter Renfrow said the spirit of the team was still strong and expressed confidence that backups could “step up” if more players miss the Chiefs game.

“It’s definitely something not only we have to deal with but the Chiefs have some guys out,” Renfrow said. “It’s just a revolving door and you just never know. Hopefully everyone is safe.”