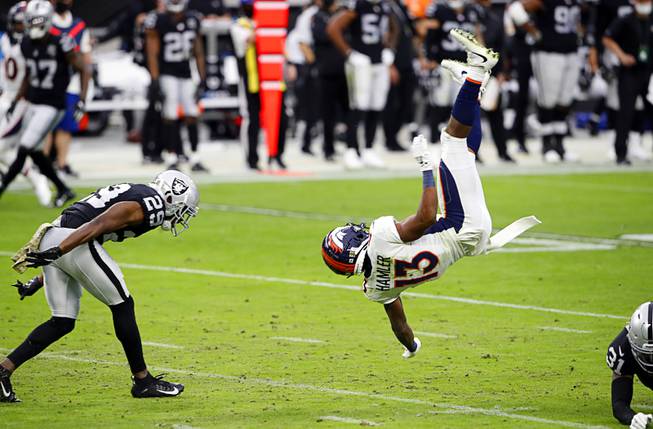 Compiling an NFL betting card consisting almost entirely of struggling sides for a slate or two is a phenomenon I seem to experience annually, and it’s usually around this point of the season. It makes sense considering that, with more than half of the season completed, all bettors are now working off the same set of sufficient data.

The value on contenders is gone, and the only bargains left are on bad teams that no one else wants to back. There’s a reason no one wants to back them, though, and it’s largely because they find ways to fail.

One of the teams I’m playing this week is bound to make me feel dumb when they get blown out. Sigh; let’s just hope it’s not all of them.

Read below for picks on every Week 11 game, separated into three confidence categories and listed in rough order of confidence. Lines are the best currently available in Las Vegas on the chosen side. The record for the year stands at 77-67-3 after a 5-7-2 Week 10 performance.

Dallas Cowboys +7.5 at Minnesota Vikings Dallas is getting healthier off a bye week, most importantly at quarterback where Andy Dalton returns. Minnesota is coming off of a short week following Monday Night Football and laying more than double the amount of points it’s given in any other game this season.

Denver Broncos +3.5 vs. Miami Dolphins It’s hard to sell on a team that keeps covering like the Dolphins, but with each win, their market perception and power ratings are getting more out of whack. This is their second trip in West in three weeks, this time to play in a venues with one of the biggest homefield advantages in football.

Houston Texans +2 vs. New England Patriots Steam is on the Patriots for the third straight week, and therefore some caution might be merited, but I just don’t see it. New England has been outgained by more than a yard per play during its two-game win streak and looks like one of the least talented teams in the league this season.

Carolina Panthers -1.5 vs. Detroit Lions Circa appears to be one of the only sports books in the world with this game posted, and perhaps therefore, the number looks a little low. It might be fair with both teams at full strength, but with Teddy Bridgewater is now reportedly just as healthy as Matthew Stafford, there should be a couple more points in the Panthers’ favor.

Indianapolis Colts -1.5 vs. Green Bay Packers Resist the urge to look at this game as Philip Rivers vs. Aaron Rodgers, an admittedly dicey matchup for the home side. Evaluating the teams as a whole, Indianapolis has been more efficient than Green Bay on the year and comes into this game with extra rest off of a Thursday Night Football win over Tennessee.

Seattle Seahawks -3 vs. Arizona Cardinals A chance to buy low on Seattle would have sounded preposterous a few weeks ago, but that’s where we’ve arrived with this spread crashing after opening as high as -4.5. The Seahawks are still ahead of the Cardinals by most sets of analytical power ratings including Football Outsiders’ DVOA and adjusted EPA.

Jacksonville Jaguars +10.5 vs. Pittsburgh Steelers The Steelers haven’t won by this much on the road all season, and that includes games against teams just as bad if not worse than the Jaguars in the Cowboys and Giants. This is one of those numbers where a bettor must just gulp and take it because it’s undeniably inflated.

Washington Football Team -1.5 vs. Cincinnati Bengals Number looks ever-so-slightly short with the market continuing to overvalue a Cincinnati team that’s been as inefficient as any team in the NFL on a per-play basis. The Bengals’ 6-2 against the spread start to the season, which included a recent four-game covering streak, might be looked back on as a major anomaly.

Atlanta Falcons +5 at New Orleans Saints In the long term, Jameis Winston shouldn’t represent much of a drop-off from the injured Drew Brees. In the short term, especially against an improving Atlanta team coming off a bye week, there might be an adjustment period.

Los Angeles Rams +4 at Tampa Bay Buccaneers In a year where homefield advantage is minimized, this seems like too much of a boost for the Buccaneers playing at Raymond James Stadium. These are two of the most efficient teams in the league and it’s hard to calculate any way either one should be favored by more than 3.5 points regardless of where the game is played.

New York Jets +8.5 at Los Angeles Chargers Neither the ineffectiveness of New York quarterback Joe Flacco nor the ineptitude of Los Angeles coach Anthony Lynn can be underestimated. That makes this a stay-away game.

Tennessee Titans +6.5 at Baltimore Ravens If Baltimore plays near its peak, then this number isn’t anywhere high enough. It’s getting harder to count on the Ravens on a weekly basis, however, as mistakes pile up to cripple what should be a formidable offense.

Philadelphia Eagles +3.5 at Cleveland Browns Don’t want to lay 3.5 points in a game that figures to be low scoring and forecasts to feature bad weather. The Browns may also be facing some regression considering they’re 3-0 in games decided by less than a touchdown.

Las Vegas Raiders +7 vs. Kansas City Chiefs Tread lightly with this spread as it may seem too high, but considering the Raiders’ injuries and absences, it might be justified. The Chiefs should be much fresher off a bye week.