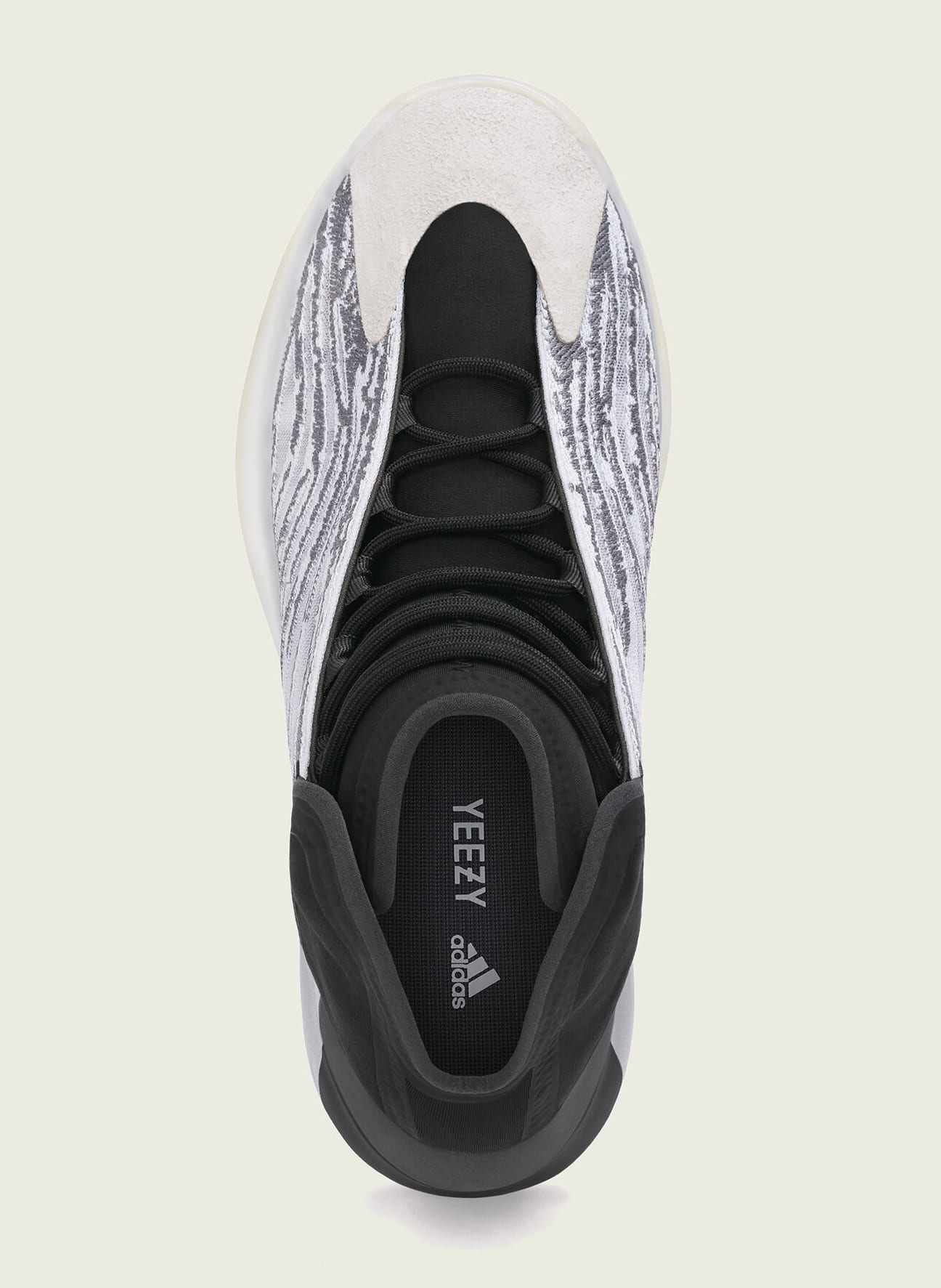 New information has surfaced regarding the Adidas Yeezy Basketball model.

According to Yeezy Mafia, Kanye West’s first performance basketball sneaker will be released in Spring 2019. It will be debuting in the “Quantum” colorway that has been seen on Ye’s feet over the course of the last year. The shoe’s upper is strikingly similar to the Yeezy Boost 350 V2, but adds features like a heightened ankle collar, suede overlay on the toe, and ample 3M hits throughout.

The reflective hits have already stirred up some controversy, leading many to believe the sneaker was going to be banned by the NBA before it could even be worn on-court by players during games.

Stay tuned as more information trickles in regarding the “Quantum” Adidas Yeezy Basketball.

UPDATE (02/14): Ahead of its long-anticipated release, here’s an official look at the lifestyle version of the Adidas Yeezy basketball sneaker dubbed Yeezy QNTM Quantum that’s set to drop this weekend exclusively in Chicago at select retailers for $250. Adidas has confirmed it will be available Sunday, Feb. 16.

UPDATE (09/02): Adidas has confirmed today that the Yeezy QNTM “Quantum” is restocking in adult sizes on the Confirmed app and at select retailers on Sept. 5 for $250. This time, the basketball-inspired shoe will also be available in kids’ and infant sizing for $180 and $160, respectively.

UPDATE (11/28): After making its retail debut earlier this year, it looks like the Adidas Yeezy BSKTBL QNTM “Quantum” is returning to shelves once again. According to the Yeezy Mafia, the basketball-specific model will restock globally sometime in February 2021, but the official release details have yet to be confirmed by the brand.