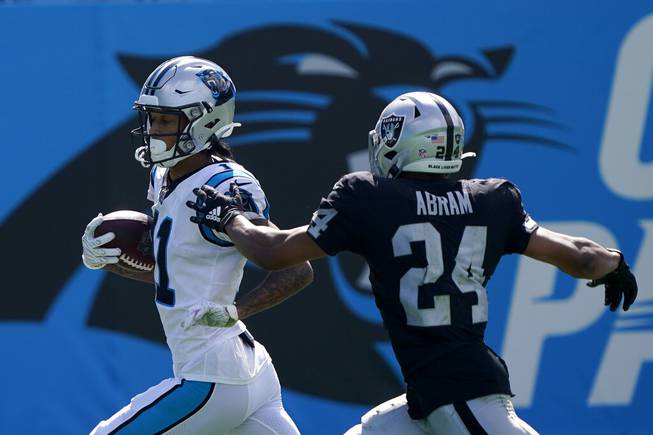 Some players are just too far above the rest to bet against in the prop markets.

I probably should have known Travis Kelce belonged on that list. In what was otherwise another terrific week of Sunday Sweats, the Chiefs’ tight end spoiled my under 6.5 receptions bet by the third quarter.

He only had one more catch the rest of the game, but it was the game-winner that’s since haunted the Raiders. Either way, don’t expect any fading of Kelce in this space for the rest of the year.

That’s dwelling on the negative, though. Last week was a big success overall with a 4-2 record on Sunday Sweats including a couple longshot cashes.

Not even Kelce can stop this momentum.

Read this week’s column below. For accounting purposes, all plays outside of the pick’em will be linked and counted in the Sunday Sweats records. The records are attached to each individual category and totaled at the bottom of the page with the monetary figure calculated by the assumption of a bettor placing $100 on each play.

Ryan Fitzpatrick vs. Sam Darnold is a lot different than Tua Tagovailoa vs. Joe Flacco — in a good way. The market hasn’t adjusted enough upwards enough since the former quarterback matchup was confirmed for this AFC East showdown. The Jets offense has been coming around in recent weeks and should be even better with Darnold in for Flacco. Fitzpatrick remains a surer point-scoring bet than the injured Tagovailoa at this point of their careers too. Lock in a second over in a mediocre game, as I’ve written about the over 49 in Cleveland at Jacksonville.

Yikes, there’s nothing here, no attractive teasing options this week. Let me make it very clear that this is not something I’d bet myself. I’m just picking this as a way to fulfill my weekly obligation to this category. At least both these ugly underdogs cross the 7 and 10 in what should be relatively low-scoring games. The Rams and 49ers both have better defenses than offenses, and the weather forecast for Monday night in Philadelphia looks dicey.

It worked last week, so let’s try the same strategy again — connecting my favorite, um, favorite moneyline price with my top underdog play. This week, that results in an NFC South parlay. The Saints are going to be on every parlay, and they deserve to be on every parlay. They should smoke the Broncos. South Point has one of the best prices in town on New Orleans (-260) and also a better-than-average line (+165) on Tampa Bay. This is a bad spot for the Chiefs, both situationally and matchup-wise. They may still win, but their probability is less than the roughly 74 percent this line implies.

I just realized Boyd offers anytime touchdown scoring props through its app (BConnected Sports) on practically every player. Kudos for that. In my first foray into the extensive menu, I landed on this as my favorite. No team has been worse against No. 1 receivers this season than the Vikings, which should allow Anderson to snap an inexplicable 10-game streak without a receiving touchdown. Anderson is due some positive regression even before considering the matchup as he’s put up big production this year — he’s 12th in the NFL with 818 receiving yards — and there’s no reason he shouldn’t score more often.

Non-football play (6-5, $163.78): Christiaan Bezuidenhout -155 vs. Calum Hill in fourth round of Alfred Dunhill Championship (Circa Sports)

Bezuidenhout is easily the best player still in contention in his native South Africa. He’s three strokes back of leader Adrian Meronk and poised to make a run at his sixth professional victory. The price may look like a lot to pay, but the gap between the proven Bezuidenhout and the less experienced Hill is even more substantial than it indicates.

Angry for the birds: Raiders in foul mood after loss as they travel to take on Falcons