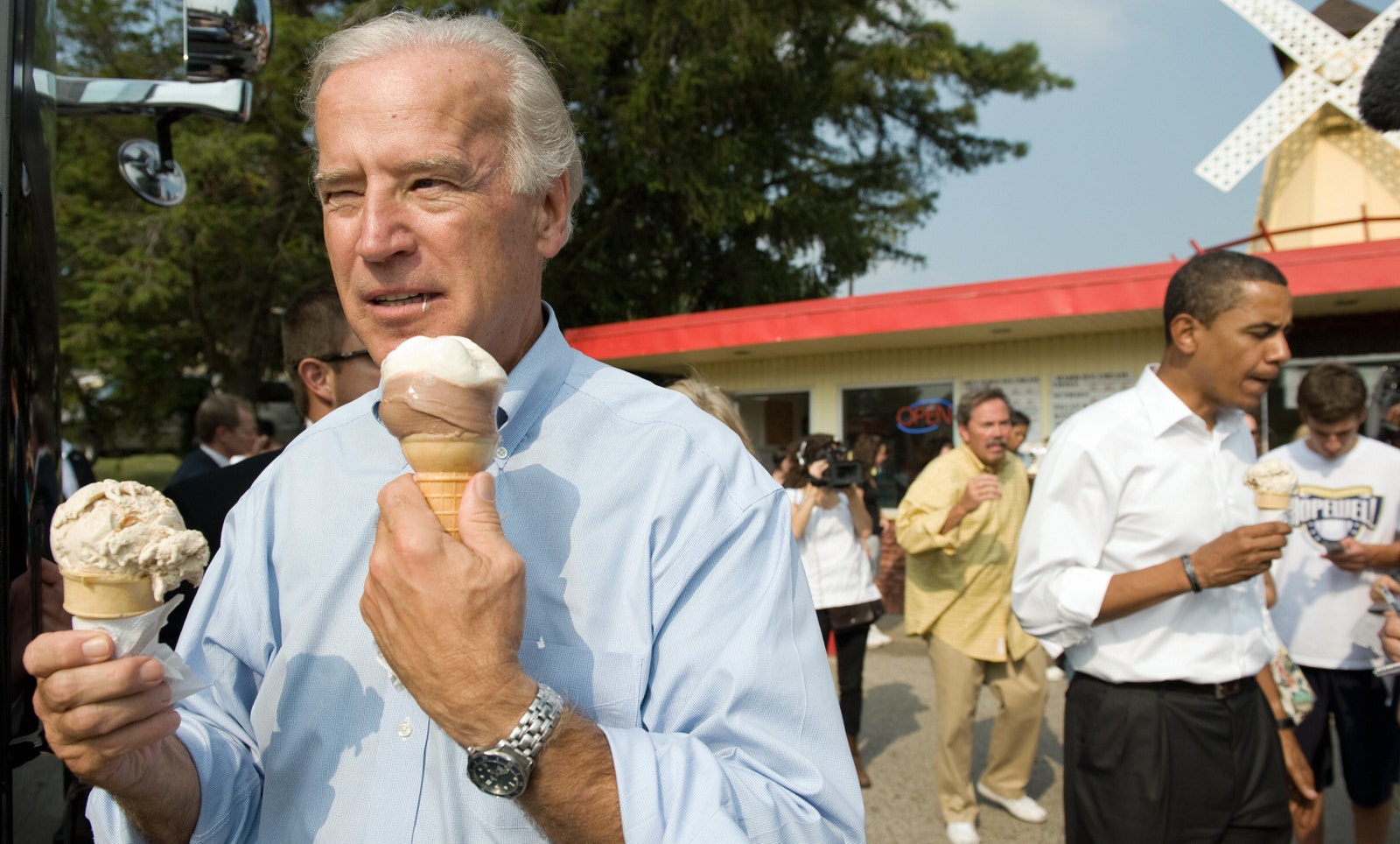 Among watch brands, making the president’s watch is a hotly contested distinction. A jewelry store presented the Vulcain Cricket to Ronald Reagan while he was visiting Finland in 1988, and the watch has been given as a gift to seven of the 11 presidents since. After Lyndon B. Johnson wore the Rolex Day-Date, with what was already known as the President bracelet, the watchmaker put out an ad calling its wares “the presidents’ watch”—a nickname that’s stuck to this day. Jorg Gray, the brand Barack Obama wore in office, now has an entire collection of presidential watches based on 44’s. An incoming Biden administration also means an incoming Biden watch. And for the next four years, all bets are that Omega will own the belt. That’s a bigger deal than you might think.

Omega has a conspicuously limited presence in the White House—especially given its ties to big moments in recent American history. Omega’s most obvious association, of course, is with NASA: The organization furnished the Apollo 11 astronauts with the Speedmasters they wore to the moon. But the Oval Office has proven trickier to reach than the outer limits of the atmosphere. The entirety of Omega’s history with sitting U.S. presidents can be written on a Post-it: Kennedy wore one during his inauguration in 1960, while Richard Nixon refused a commemorative gold Speedmaster because it was too valuable a gift. That seems to be the reason other presidents have avoided the brand too: Most modern politicians are averse to watches worth more than a couple hundred dollars. Biden will change that, and potentially Omega’s fortunes along the way.

That Biden has a collection of watches at all—from Omegas to Seikos to the aforementioned Vulcain Cricket—makes him unique among modern U.S. presidents. “He clearly likes watches,” says Eric Wind, a vintage-watch dealer who has written about the history of presidents and their watches. The only real comparison for Biden is Lyndon Johnson, a voracious collector who owned pieces from Patek Philippe, Rolex, Hamilton, Jaeger LeCoultre, and Vulcain. Accordingly, Biden’s mid-priced Omegas stand out. “It shows he doesn’t quite care what the consultants may say,” Wind says. “Because I think most political dress consultants would say wear something either super-cheap, like a Timex Iron Man, or an Apple Watch to indicate you’re on top of things.”

And though he’s got pieces from other brands, Biden is best known as an Omega guy. The president-elect’s cover of InStyle, a Springsteen-esque vision from 2017, almost reads like an ad for the Speedmaster on his wrist. And over the years, the timepiece Biden’s worn most frequently is a Seamaster. For fans of the brand, Omega’s arrival in the White House feels like a long-overdue homecoming. “The Speedmaster is associated with the NASA program from the 1960s, but also today they can be seen on the wrists of the SpaceX crew,” says Robert-Jan Broer, the founder of the watch magazine Fratello and organizer of “Speedy Tuesdays,” a coordinated effort among Speedmaster fans to share their pieces on Instagram. “So in that regard, it makes perfect sense for it to be seen in the White House again.”