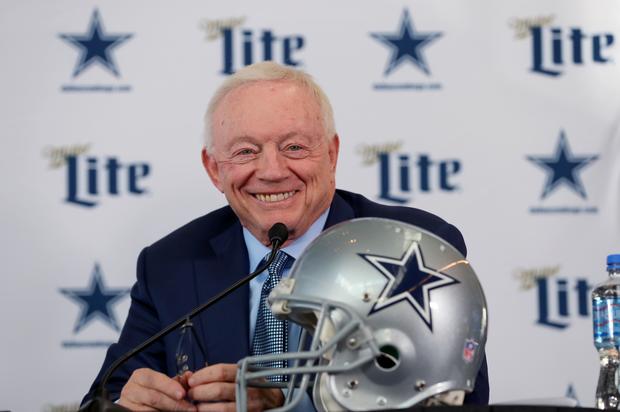 Jerry Jones Speaks On Cowboys & Whether Or Not They’ll Tank

The Cowboys are currently last in the NFC East.

Football fans outside of Dallas have been having a lot of fun this season as the Cowboys have been a complete embarrassment out on the field. After losing Dak Prescott to injury, the Cowboys have been unable to get any momentum going and are currently sitting at an abysmal record of 3-8 on the season. While this record is brutal in many respects, it’s still good enough to potentially take control of the NFC East and even end up in the playoffs.

Despite this, some analysts believe it would actually be best if the Cowboys just decided to tank for a better draft pick. During a weekly appearance on 105.3 The Fan, Cowboys owner Jerry Jones spoke about the concept of tanking and whether or not the Cowboys would engage in that. As you would imagine, Jones would prefer to play for a postseason spot.

“I think coming off the playoff appearance unquestionably,” Jones said. “This is now. This is this year, and you wait that now. There’s really not a decision here on our team with tanking. Let me be real clear here, and I’m not offended by the conversation at all, and I understand what you’re talking about. That’s just not going to be the case. We’ve got players that we’re having to play, not because necessarily we have a choice. We have these players — they’re our best players to win the ballgame. It turns out they’re the players that ought to be playing. They’re young players that potentially have for the most part good futures. So, the only definition I know about tanking is to play people that can play people that can help you in the future more than someone that can help you now. We don’t have that situation.”

Things won’t be so bad for much longer as next season, Prescott will presumably be back under center. If this is the case, the Cowboys will certainly be in a much better spot to take the division.