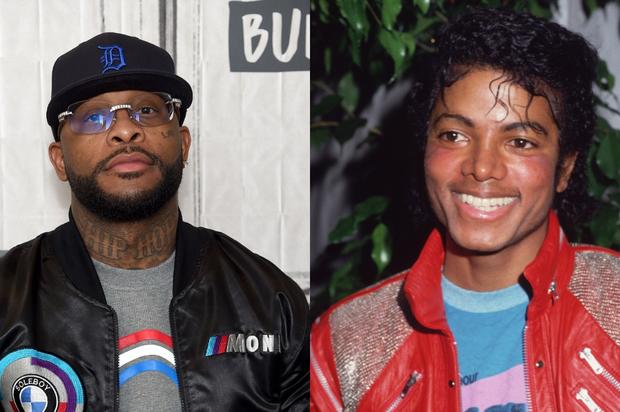 Clubhouse remains a new cultural phenomenon that isn’t as exclusive as it once was. Sure, you need an invitation to actually join and participate in these rooms but somehow, people are leaking these conversations onto the internet.

Royce Da 5’9″ is among the recent fixtures on Clubhouse’s hip-hop community, largely due to his scathing attack on Dave Mays and Benzino where he said, “I’ll put death on your doorstep.” The exchange didn’t particularly portray the broader picture of Royce’s presence on the bubbling social media platform because apparently, he does offer a better insight into some of his childhood dreams. Particularly, one where he emulated Michael Jackson’s image to a tee. First, a fan photoshopped the Grammy-nominated rapper’s face to Michael Jackson’s head.

“Watch what you say on Clubhouse… I told these people that I wanted a jerry curl and a thriller jacket with the zippers when I was a kid, then this happened smh….. Classic,” Royce captioned the post, sharing a reimagination of his image with Jheri Curls. Later on, he finally saw himself in the Thriller jacket. We’ll see if he ultimately nabs himself a real red jacket with the zippers for the Grammys where he’s nominated for Best Rap Album.

Check out Royce’s posts below.