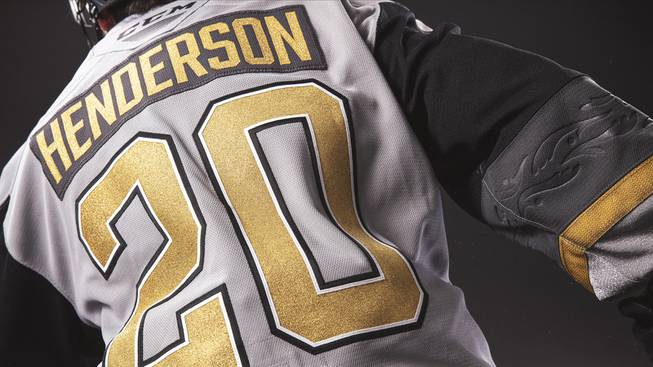 In the past year, the American Hockey League team in Henderson has gained a name, a practice facility, a home arena and a roster. Now, it has a schedule.

The Henderson Silver Knights will start their inaugural season on Feb. 6 against the Ontario Reign at 7 p.m. at Orleans Arena, the club announced today. It’s part of a 40-game season that will conclude May 15.

All games will broadcast over radio at The Game 1230 AM. Select games will be televised on My LV TV, and a television schedule will be announced at a later date.

While the Silver Knights’ home arena will be Orleans Arena, the team is scheduled to play the San Jose Barracuda at 1 p.m. at T-Mobile Arena on May 8. The Golden Knights are scheduled to host the Blues at 7 p.m. that day, setting up what should be a full day of hockey.

The Silver Knights will play this season and next at Orleans Arena, also the home of Vegas’ last minor league hockey team, the Las Vegas Wranglers. The Silver Knights’ permanent home, the Henderson Event Center, is under construction at the site of the old Henderson Pavilion. That arena is expected to be finished in time for the 2022-23 season.

Henderson is expected to house some of the Golden Knights’ best prospects this season, including 2019 first-round pick Peyton Krebs. Other notable names include Jack Dugan, a finalist for college hockey’s top player award last season, and Lucas Elvenes, who was one of the AHL’s best players at the beginning of last season.

The Golden Knights also have a few players on their NHL taxi squad who could see time in Henderson this season, including goalie Oscar Dansk, forward Gage Quinney and defenseman Dylan Coghlan.

Henderson is coached by Manny Viveiros, a former NHL assistant with the Oilers and head coach in the major-junior Canadian Hockey League. He is in his first season with the organization.

This will be the Silver Knights’ first season in the valley after the Golden Knights purchased the AHL’s San Antonio Rampage last year and relocated them to Henderson. For the first three years of the Golden Knights’ tenure, their AHL affiliate was the Chicago Wolves, who are now partnered with the Carolina Hurricanes.

The Silver Knights are the third minor league hockey team in the valley, following the Wranglers (2003-14) and Las Vegas Thunder of the now-defunct International Hockey League (1993-99).