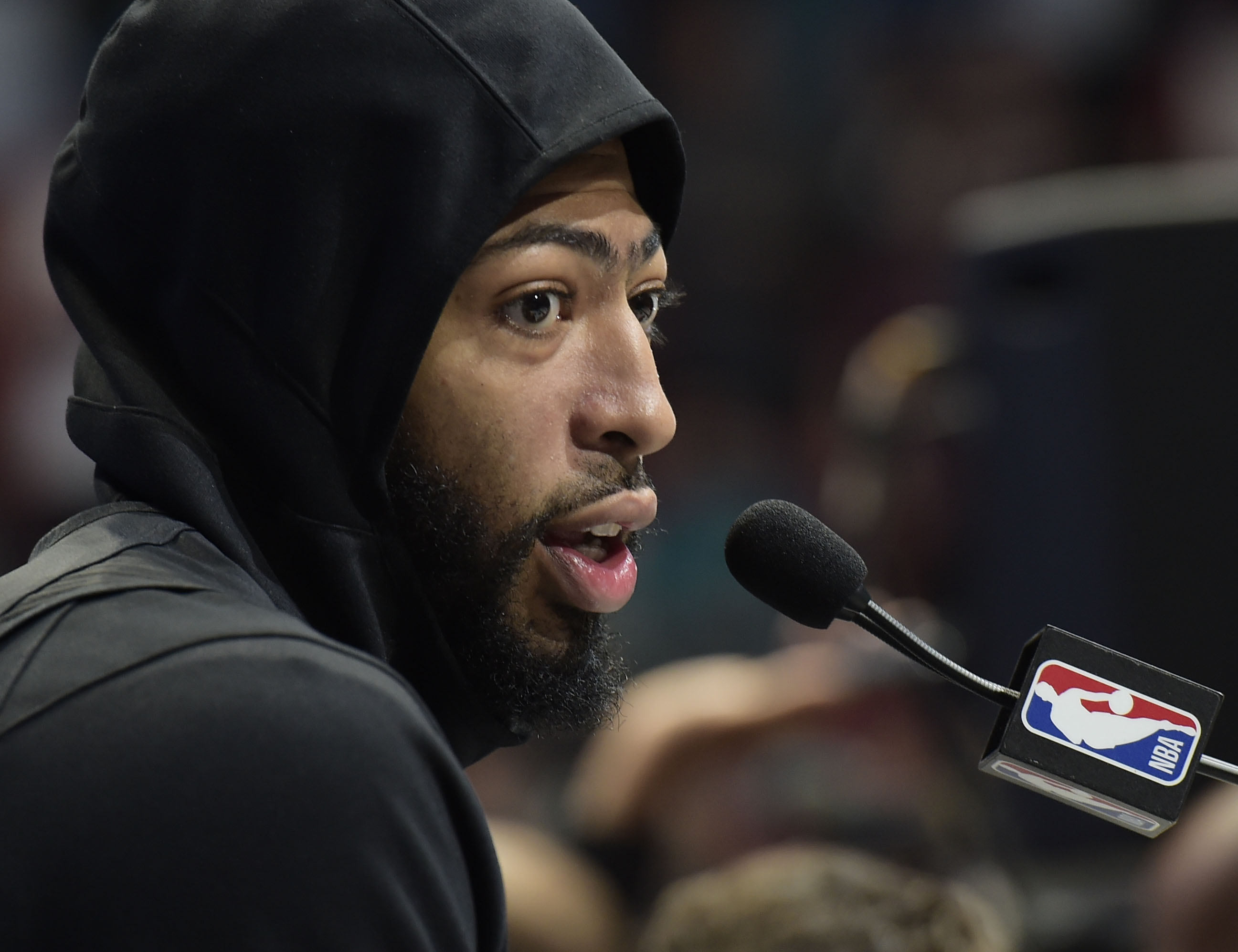 Anthony Davis’s honesty at All-Star media day was equal parts refreshing and uncomfortable. On one hand, Davis openly talked about his desire to join another team, eschewing typical boilerplate answers about how he just wants to play and let his agent handle his future. That’s the good news! On the other hand, it’s not exactly exciting from the perspective of a Pelicans fan to see one of the best players in franchise history publicly pine to be playing for any of the other 29 teams in the Association. As the Davis trade request watch drags on, one thing has become abundantly clear: Nobody seems to be winning.

Of course, the team that eventually trades for Davis will be a clear winner. Until then? Multiple parties are being forced to endure awkwardness at the very least, or outright embarrassment at most. Let’s run through some of the principles and dive deeper on the kind of L they are taking.

Davis was universally loved before his trade request, and right now he doesn’t seem hated. He’s somewhat benefiting from playing in the era of superstar power—and in general, labor in the NBA (the players) should probably be afforded even more rights than they currently have. So Davis probably shouldn’t really care about any hits he’s taken in terms of public opinion, because he has the right to do what’s best for his career.

At the same time, leaving the arena with Rich Paul the night of his shoulder injury was a weird look, and Davis’s reported threat to file a grievance if he didn’t get to play was a little unfair. The longer this mess drags on, the more Davis could look like he’s bullying the Pelicans. That’s actually kind of cool considering how organizations trade players without their input all the time. But one undeniable consequence is Davis is putting a lot of pressure on himself wherever he ends up next. He’s enjoyed nothing but positivity so far in his career. New Orleans’s failings haven’t fallen on him. Will he be okay playing with a target on his back at his next stop? Will he be comfortable becoming a villain if he joins a loaded roster? I’m not sure AD has anticipated all those things.

While “pressure” can largely be media nonsense, it’s also seemingly affected big-time players when they’re thrust under a new spotlight. (Just ask LeBron about his first year in Miami.) There’s nothing inherently wrong with Davis’s request, but the way it’s being handled will invite a new level of scrutiny in his new home, and that’s not always easy to shrug off. (Just ask Kevin Durant about every season with the Warriors.)

Davis told NBA TV on Saturday that “all 29 teams” were on his trade destination list. Davis was realistically trying to do some damage control, basically saying all he cares about is winning and not really where he ends up doing it. (Davis also said the Celtics were on his list, though I’m sure most people involved still have doubts about that.) That has to hurt New Orleans.

MAHONEY: The Pelicans Had to Move on From Dell Demps

The Pelicans deserve blame for not putting a title contender around Davis. I also can’t immediately recall a player of Davis’s stature basically saying, “Send me anywhere but here.” That’s deeply humiliating for the Pelicans, who apparently are being strongarmed by the league to keep Davis on the court. I can’t imagine AD’s teammates will be too happy to suit up with him again after the comments he made Saturday. It’s a no-win situation for New Orleans, who will not only lose its best player, but have to watch him talk about how much he wants to leave until it makes the most sense to trade him.

L.A. missed out on Davis at the trade deadline, and will have to pray it doesn’t get outbid by the Celtics in the summer. The fallout of not trading for Davis is not minimal. Look at how Kyrie Irving handled being dangled in trade rumors and surrounded by the constant uncertainty of LeBron—he asked to be traded from a team that made three straight NBA Finals. The Lakers are putting all their eggs in the Davis basket, and the longer they go without acquiring him, the smaller their championship window gets, and the longer seemingly every non-LeBron person in the organization will feel alienated.

LeBron doesn’t look totally great here. He’s trying to pull strings for Davis at the expense of his current teammates—basically the opposite of what he said he would do when he signed with L.A. over the summer. The Davis saga has also brought increased attention on LeBron’s perhaps too intimate relationship with Klutch Sports and Rich Paul.

None of this will matter if the Lakers get Davis. But it’s been a long time since James has been able to recruit a star. Not only is he currently striking out on Davis, he’s breeding resentment amongst his teammates and people around the league who are annoyed with how Klutch is trying to pull strings. If the Pelicans really don’t deal with the Lakers because of how Paul handled Davis’s request, LeBron won’t necessarily be responsible, but he won’t escape the blame.

The supermax hasn’t worked as intended. It’s either crippling small-market salary caps or forcing players to leave money on the table and telegraph their desire to leave. The league allegedly threatened to fine the Pelicans if they didn’t play Davis, an empty anti-tanking gesture that’s hilarious when many teams are actively losing (or trading their best players for a chance to sign better ones in the offseason.) The supermax situation can’t be sorted out quickly, in the meantime, the league needs to let the Pelicans tank if they actually care about what’s best for the franchise’s future. Fans are savvy enough to understand. At this point, until Davis goes away quietly, it only becomes more apparent how bad the look is for almost everyone associated with the situation.

Flacco trade: Why it won’t make impact for Broncos