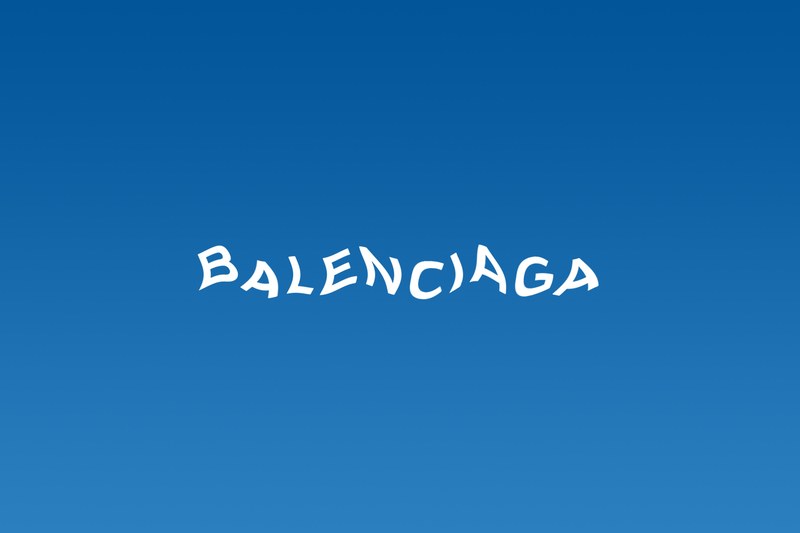 Why one of the world’s biggest luxury houses has one of the platform’s ugliest accounts.

Last May, Balenciaga began posting some really weird Instagrams. Actually, by Instagram standards, they were just bad—not merely strange, but almost triumphantly unflattering, which on Instagram, is about as bad as you can get. First, they shared a photo of a rail-thin person peeking out from behind a pillow, around which they’d wrapped their leg. In the foreground, their athletic sock-encased foot slipped into a white Balenciaga knife-spike stiletto. The person is holding a light; a white cord dangles just in the frame. It looks like a selfie someone took by accident and hopes no one else ever sees, let alone one they’d blast out to 8.7 million Instagram followers. The next day, more of the same: a pale Northern European club kid type with a neon green T-shirt wrapped around her head and a plaid Balenciaga button-down on her chest, gazing at the camera with the kind of blank stare that would drive you off Tinder for weeks. Sometimes the photos don’t even have people in them. Sometimes they aren’t in focus. There is never any caption, any tags, any link to buy. You probably won’t recognize a single person in the photographs, unless you make a habit of going to Lucien in New York’s East Village or rolling your eyes at people who still go to Berghain in Berlin. There is no information about the pieces the person is wearing or the collections they come from. And since May 2018, the account has basically posted nothing else: it’s a flood of bad Instagrams with no context.

Not everyone hates it, though. “Only intellectuals can appreciate this account,” wrote @chandler_sparks on a chopped and screwed image of a woman’s head. Often, people will just post, “Best meme page”—or, on images which are in focus or the person’s face is actually visible: “Finally, a normal post from Balenciaga.”

It’s hard to emphasize just how weird this is. Instagram is one of the most important platforms a fashion brand has to connect with its customers, and with the fans who help construct its mystique. Most accounts, from Gucci to Chanel, share a slate of behind-the-scenes and backstage images along with the photos of celebrities dressed in their clothes. Instagram is not where brands take risks: it’s where they assert their vision and trumpet their successes. So the fact that Balenciaga is ceding this all-important space to such an unappealing project is striking. Balenciaga has no shortage of that other kind of fashion house content, but rather than cultivate the idealized version of its AuThEnTiC wOrLd, it shows us an old guy in an I LOVE TECHNO T-shirt. If you know Harrison Ford’s daughter, or the DJ Mister Vacation, or the art writer Paul B. Preciado—all subjects—perhaps the images are fun (“My un-fashion friend is in a fashion ad!”). If you don’t, and you probably don’t, you’re just staring at a bunch of lofi images that tell you nothing about the brand they’re meant to promote.

But how exactly does it work? The photos may look crowdsourced, accidental, or casual, but a cursory investigation shows that to be far from the case. The brand declined to comment, and the subjects I could identify told me that they weren’t able to speak because they had signed nondisclosure agreements. But the general premise seems to be that the brand sends minor or niche art and fashion figures clothing, asks them to photograph it, and picks an image. The brand’s social media team seems to have a penchant for picking the very worst one; that much is intentional. An acquaintance recently complained to me at a party that they’d picked “the only photo where I look fat.” (She is not in the least fat.)

Perhaps this fashion Instagram is the most on-brand of all. From that angle, at least, Balenciaga’s badstagrams are just as intentional as, say, your average influencer’s chia yogurt and matcha latte.

A Ton of Awesome Pants Are On Sale Right Now Photos