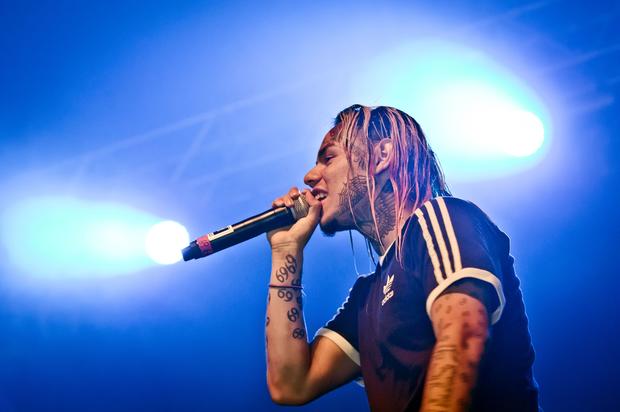 Daniel “Tekashi 6ix9ine” accepted a plea deal in his federal case that required his testimonies against associated related to other criminal cases. One of these men, Kintea “Kooda B” McKenzie, was named as the person he hired as a shooter to intimidate Chief outside the W Hotel in Manhattan this past June. McKenzie turned himself in to legal authorities on Friday, February 8, and has since been released with bail this Tuesday, February 12.

The 21-year-old rapper is not laying low after getting out of the joint. He has posted video of himself celebrating his release on social media. In one of these clips, he repeatedly exclaims “I’m back!” Kooda also felt like bumping to some Rich Kid to bolster his turn up. Another video of the rapper’s return included cheering fans. View parts of the footage below.

During Tuesday’s the Thurgood Marshall Courthouse in New York City, the government stated their case was built on other elements apart from 6ix9ine’s testimony of his paying McKenzie $10,000, half of the promised fee, to shoot at Chief Keef. The evidence includes phone records tracing McKenzie’s travels from Brooklyn to Manhattan on the day of the shooting as well as photos and video surveillance placing him in close to the crime scene. There were also records of calls made better 6ix9ine and Kooda before and after the shooting.

Despite the substantial evidence against Mckenzie, his request for bail was accepted. A $300,000 bond was posted to secure his release.

Young M.A’s Ex Catches Her Partying With Next Flame On Her “Philadelphia” Turf