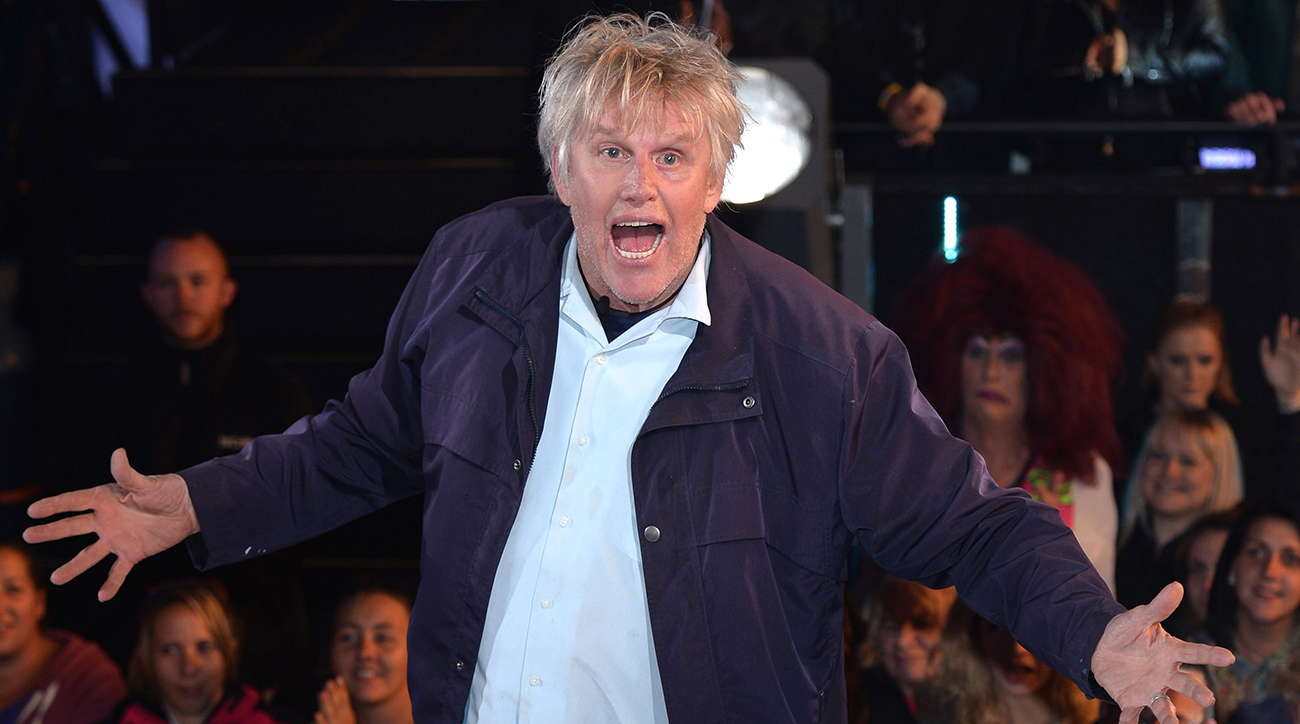 Flacco trade: Why it won’t make impact for Broncos

What is wrong with John Elway? You probably already know about the trade for Joe Flacco, and Flacco’s ironclad, unbreakable (non-guaranteed) deal that will pay him (up to) $63 million over the next (maximum) three seasons. Clearly, John Elway has gone crazy! He walked into a Little Caesar’s and asked for a single order of Crazy Bread. And Brenda, the cashier, just sort of froze up, and then went back to get her manager, Mr. Anadapolis. And Mr. Anadapolis came out and said, “Mr. Elway, I think you’ve had enough.” And Elway replied: “I’ll tell you when I’ve had enough!” And before he walked out he mussed up the pile of take-out menus on the counter, and a couple fell on the floor. This was supposed to be Brenda’s gap year but she got tired of traveling and figured she was better off making a few extra bucks, maybe replace that missing hubcap on her Ford Fiesta before starts at Colorado State next fall. She doesn’t need this.

Gary Busey is signed on to play Elway in the feature-film adaptation of “A Fourth-Round Pick for Joe Flacco.”

Now that we have that actual true story about a thing that truly happened in real life out of the way, a closer examination of the Broncos’ acquisition of Joe Flacco, one of the least impactful starting QB acquisitions in recent memory, a low-risk, medium-reward-but-probably-not trade. But for some reason it also made folks across the football landscape lose their minds upon seeing it, like that Sandra Bullock movie on Netflix. You know, Speed 2 (so… it’s like the same as the first one, but now a boat can’t stop? And also there’s no Keanu Reaves or Dennis Hopper? ARE YOU KIDDING ME?!).

Before we really delve in, a statement to shade this piece in its entirety: This is not a defense of Elway or Flacco, both of whom have been objectively bad at their jobs the past three years (in fact, there are dozens of exhibits you would line up in the prosecution of “John Elway, general manager,” before you got to this deal). But the typical reaction to the Flacco trade has been threefold: Joe Flacco’s arm is so enfeebled that he can barely lift an American football let alone throw it forward. Joe Flacco’s contract is so large that his annual salary is three times the gross domestic product of Belize. Joe Flacco is so old—How old is he?—Joe Flacco is so old that his heart and lungs will soon stop working at which point his body will die and his soul will cease to be on this plane of existence.

First, Flacco’s contract. Remember the costume contest episode of The Office where the prize is the Scranton coupon book worth “up to $15,000”? And because they’re all silly, fictional characters no one figures out that you would have to spend like $100,000 in order to save the full $15,000? (Well, no one except for Oscar.) That’s kind of the entirety of football media with every contract ever signed. Flacco does not have three years, $63 million left on his deal, because there is no guaranteed money left on that deal. He is on a one-year, $18.5 million deal with two team-option years after that. (I love the outrage at the fact that the deal wasn’t going to be reworked. The only way you could rework this deal is by slapping on guarantees past this season, which the Broncos surely don’t want to do. So the only real solution would be going to Flacco and asking, “Can you, like, just let us keep some of that money?”)

Now, that $18.5 million sounds like a lot of money—I don’t have $18.5 million, and I write things on the internet! In actuality, Flacco’s cap hit ranks 21st among NFL quarterbacks for 2019. To be fair, it will rise to 18th once Ryan Tannehill, Blake Bortles and Case Keenum get axed. But then consider Nick Foles is currently unsigned but will almost surely surpass Flacco, and there’s even a chance Teddy Bridgewater will as well. And then there are 11 quarterbacks earning less than Flacco only because they’re still on their rookie deals. (You know, the rookie wage scale that artificially suppresses earning power for some of the league’s biggest stars—Patrick Mahomes is scheduled to make $4.4 million in 2019 while his backup, Chad Henne, is scheduled to make $4.1 million—and will one day ruin the NFL just like it is ruining Major League Baseball currently, but fans and, in a stunning stroke of idiocy, the players’ union believe it’s needed because… uh, JaMarcus Russell, and… well, that’s about it).

Anyway, when it’s all said and done, Flacco’s “crippling” one-year deal will pay him more than one (Andy Dalton, $16.2 million), perhaps two (Bridgewater pending) starting QBs who are no longer on their rookie deals.

It’s not even an unprecedented trade. A year ago, the Browns acquired Tyrod Taylor, whose $16 million salary for 2018 was 18th-highest among quarterbacks. It’s a waste of time to compare the two because (a) they are vastly different stylistically, though admittedly the best seasons of Taylor’s career do not touch the best seasons of Flacco’s, and (b) they are two guys in the bridge/backup category who any team would be pretty bummed to have as medium-term answers. But the Browns shipped the 65th overall pick of last year’s draft (despite the fact that they owned the first overall pick and knew they’d be taking a quarterback), whereas the Broncos traded the 110th pick. Flacco was actually cheaper than Taylor, who was coming in as a backup.

The Broncos, presumably, will not keep Keenum at $21 million, and can save $11 million by trading or letting him go (probably the latter). So, as a practical matter, the Broncos are acquiring Flacco for Keenum, $7.5 million and the (approximately) 110th pick of the draft. Is it worth it? Maybe, it would seem Flacco’s floor is about what they got out of Keenum a season ago. Should folks get all riled up about it? Most certainly not. Is asking-and-answering a series of rhetorical questions an exceptionally lazy form of writing? You better believe it is.

How will Flacco play in 2019? The Broncos poached Rich Scangarello from Kyle Shanahan’s staff to install an offense similar to the one Flacco (relatively) thrived in in 2014, his lone season under Mike Shanahan disciple and Elway pal Gary Kubiak. Flacco’s arm strength is no longer top-of-the-league good, but some of that is surely due to his rapidly diminishing mechanics (specifically, the tendency to fall away and throw off his back foot for no particular reason), an issue since his ACL tear in 2015. He’s 34 years old. Unless you’ve just awoken from a decade-long coma (and I’m flattered but also disturbed if this is one of the first things you’re reading; you should really catch up on some political stuff first because you’re… you’re going to be surprised) you surely realize that 34 is not old for an NFL quarterback in 2019. The rules of the game now prohibit defenders from touching a quarterback in the pocket except for within a strike zone that goes from the navel to the top of the genitalia (that’s how it’s worded in the rule book, somewhere near the back). Five of the top 10 scoring offenses last year were led by quarterbacks age 33 or older, including the Super Bowl champions who have a quarterback who will play into his nineties. Just because you went to Pro Football Reference and saw Decatur Staleys QB Old Hoss McCutchen died of whooping cough during his age-28 season in 1922 doesn’t mean a current quarterback’s prime won’t run well into his 30s.

In the unlikely but not impossible scenario that Flacco recaptures that form of five years ago, the Broncos can keep him on for $20.25 million in 2020. And, if 2020 also goes well, for $24.25 million and 2021. If, this fall, he plays like he did the past three seasons, they’ll let him go without consequence.

Which brings us to the fact that the Broncos, holding the 10th overall pick of April’s draft, won’t be dissuaded from taking a quarterback in the first round. Which is why the otherwise intelligent folks who cover this league shouldn’t have been losing their collective minds on Twitter over this deal. In fact, no one should ever be doing anything on Twitter because there are approximately 83 active users excluding brands and bots and tweeting is just providing free content for a bad person’s terrible company. Which brings me to my next point, which is Oh God I just wrote 1,300 words.