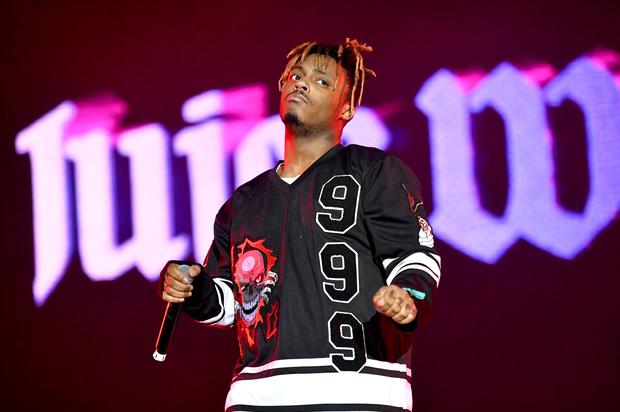 Juice WRLD didn’t mince his words when he asked his Instagram following if they were ready for the “Death Race For Love tour in April.” For those who don’t already know, Juice WRLD’s forthcoming solo project is titled A Death Race For Love, barring any hiccups on the drafting board.

“Who’s ready for the Death Race For Love tour in April?????,” Juice WRLD asked, whilst providing his followers a clear view of the tourney’s poster. As you can see, the poster cleverly pinpoints every tour stop with a beam of light. The digital dashboard of a retro car spells out the tour’s other performing act: Ski Mask The Slump God, an erratic rapper with whom Juice WRLD shares broader plans for a collaborative project later in the year. It’ll be based around their assumed “Evil Twin” personas, if you were wondering.

Below Ski Mask’s name on the dashboard is listed Lyrical Lemonade, the created consultancy of noted videographer Cole Bennett who will reportedly be on hand to pick a “surprise guest for each stop of the tour,” as Juice WRLD said himself in the above Instagram post.

He also stated that early access to the box office is open at deathraceforlove.com as of this morning. Once there, you can also grab early access to the digital album and merch while you’re at it. Just an hour ago, Juice WRLD revealed that his merch table was commissioned by Lyrical Lemonade in conjunction with the designers over at Vlone. You can flip through the assortment of options in the above Instagram post – spend wisely.