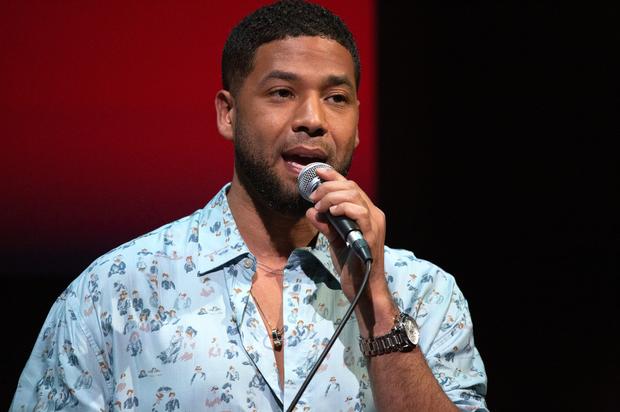 He is said to have been adamant about sharing his testimony.

Jussie Smollett appeared to bounce back quickly after receiving medical care following his highly-publicized attack. He hit the stage in Los Angeles just days after the incident where he proclaimed himself as “the gay Tupac,” specifying that he had fought back against his assailants. Apparently, this mindset was also present in the way he wanted to communicate his testimony. According to a Page Sixsource, the actor insisted on telling his story on television.

A source who claims to have knowledge of the Good Morning America interview booking said Smollett was “adamant” about his televised appearance.

“When Kim Kardashian was the victim of that horrific burglary in Paris, she went to ground, she closed down, she gave no interviews for months. You can see how shaken she was.

“But Jussie was adamant that he wanted TV right away. He raised his voice and said, ‘I need to do this right now. I’m a black gay man and people need to know what happened to me. I want to tell my story.’ He wanted media right away.”

While this decision may be viewed as a way to bring awareness to homophobia and racism in America, recent developments in Jussie’s case have caused speculations around his intentions.