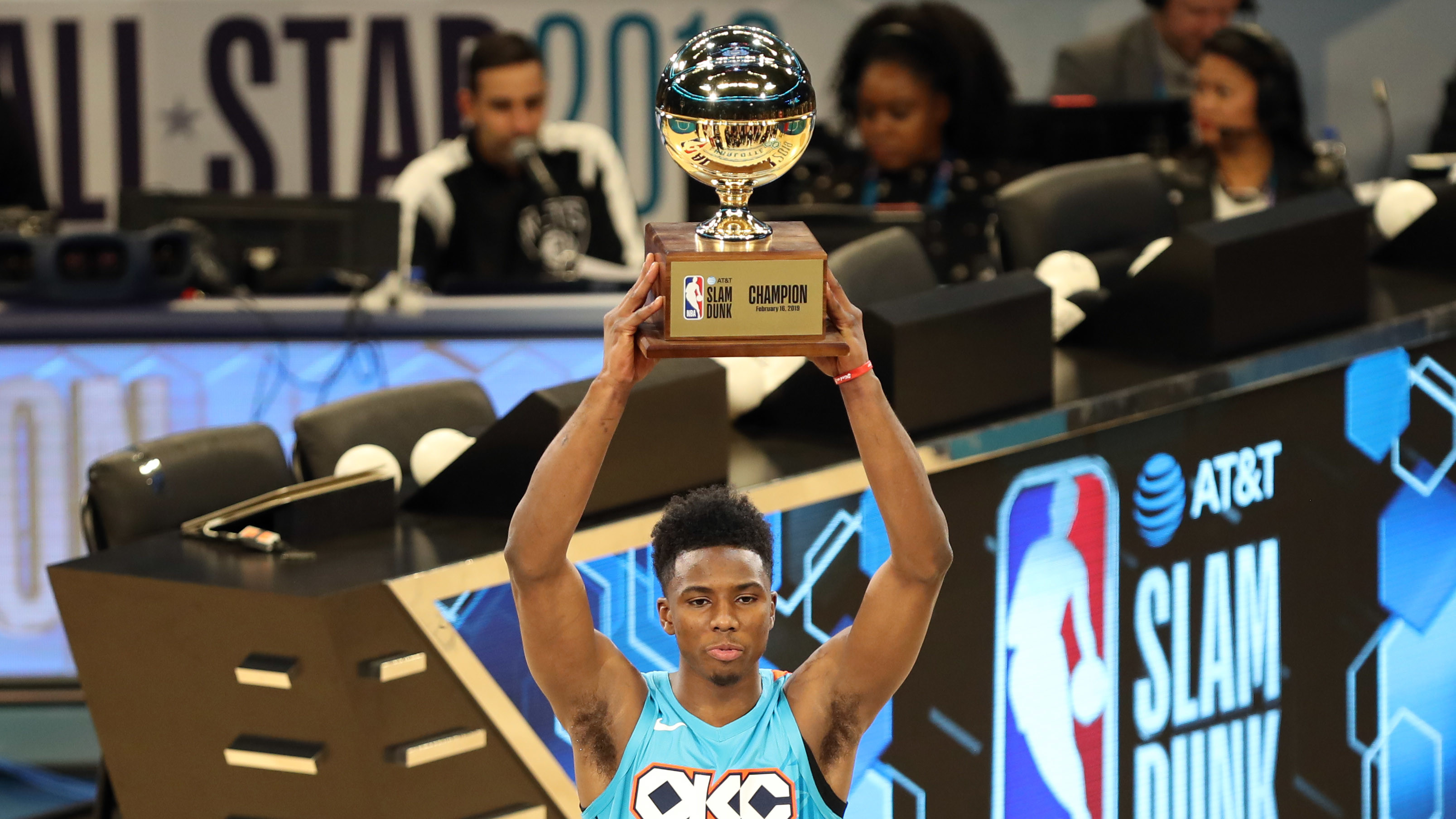 While the field wasn’t composed of recognizable names, several noteworthy guests joined in the fun such as Shaquille O’Neal, J.Cole, Russell Westbrook, Quavo and Muggsy Bogues. Dennis Smith Jr. of the New York Knicks and Hamidou Diallo were the clear cut two best dunkers of the night, with Diallo separating himself from the pack by vaulting O’Neal to re-create Vince Carter’s elbow-in-the-rim dunk.

Check out the sneakers laced up by Diallo and the rest of the dunkers in the Slam Dunk Contest below.