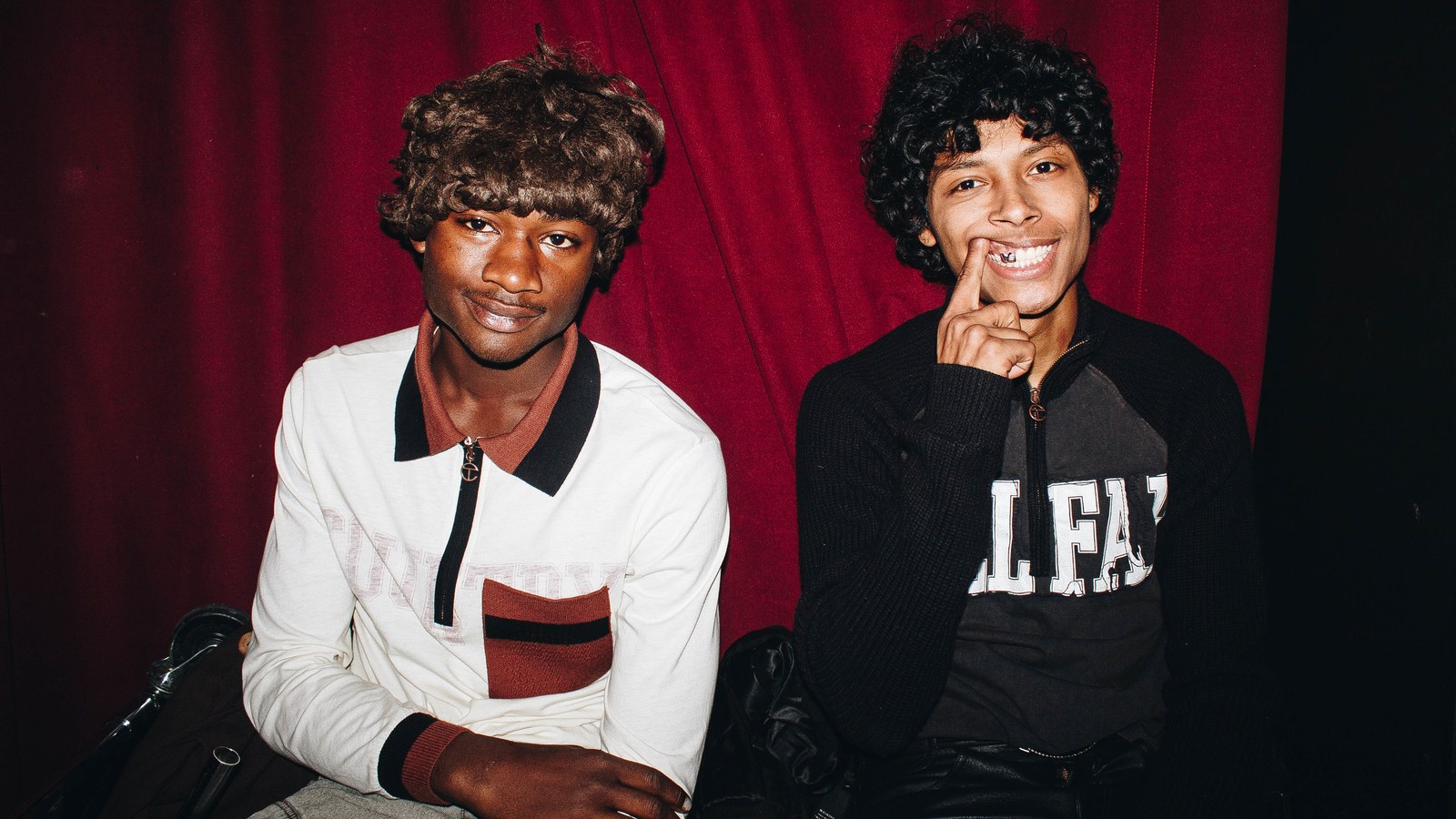 Go behind the scenes of last night’s epic Telfar show at Irving Plaza.

As in seasons past, this edition of New York Fashion Week was prefaced by hand-wringing over the lack of heavy-hitting headliners. It’s the first Raf Simons-less season since 2017, and NYC’s biggest designers remain ensconced in Paris. Even the winner of this year’s CFDA/Vogue Fashion Fund prize, Pyer Moss, is sitting it out this time around. But last night, Telfar Clemens, who took home that same prize in 2017, proved that he is more than capable of filling the void at the top of the schedule.

To start, there was a near-riot to get into Irving Plaza for the Telfar show’s 8:30 start time, a scene reminiscent of the crowd that materializes in Paris for Virgil Abloh’s Off-White shows (and one practically unheard of at NYFW these days). And then there was the presentation itself. Telfar always incorporates concerts into his shows, and last night was no different: As DJ Total Freedom spun the soundtrack, models clad in logo-fied sweaters and cowboy-inspired denim walked across the stage—and then crowd-surfed across the outstretched hands of the assembled. Layered on top was a soliloquy by buzzy playwright Jeremy O. Harris, who collaborated on the show with Clemens. Titled “Country,” it was, in Harris’s words, a “manifesto on the state of our union!”

America was everywhere at the show, from the free Budweisers and White Castle sliders (a former Telfar collaborator) to the massive American flag, center torn out, that framed the stage. How does Clemens define the Telfar countryman? “Just American,” he said after the show. “If you look at how the rest of the world perceives an American person, it’s like, you’re like a fucking idiot cowboy. It’s not great! But what if the person that’s representing American patriotism is me?”

Clemens also endeavors to be top of mind when one thinks of an “American” designer—this is the guy who once said, “I want to be Michael Kors, but on purpose.” He fostered an outsider identity from the beginning of Telfar, back in 2005. The brand was unisex from day one, well before even fast fashion brands experimented with genderless collections. “People talk about everything but the clothes that I make,” Clemens said backstage. This was not necessarily intentional—with Telfar, there was plenty of interesting stuff happening around the clothes, too—but that didn’t really matter. The fashion world simply didn’t know what to make of Telfar, a black, queer, self-taught designer making radically progressive clothing.

Then Clemens linked up with Babak Radboy, an old friend and visual artist who was determined to help the line break through. “I went to his show for Fall-Winter 2013 and I saw the most amazing show I’d seen all week,” Radboy, now the brand’s creative director, remembered. “But there was no press there, it was just friends. It made me mad.”

So Radboy and Clemens started working together to “translate what [Clemens] wants to do as a person into something that’s understandable within the language of a brand within the fashion system,” Radboy said. “It’s very easy to be an underground designer, a niche designer, a black designer.” Their idea was to go mass. “And the Telfar ID from the very beginning is American designer. It’s like Ralph Lauren.”

Which is why Telfar shows at NYFW: it’s both good business sense, and deeply important to Clemens, a Queens native. “At the end of the day I’m a fashion designer. And that’s what people don’t want to actually acknowledge,” Clemens said. “I’ve been doing certain things before a lot of people in Europe were doing them. Don’t discredit America. We have good ideas that the rest of the world fantasizes about, and that’s what it is. We’re here, we’re doing this.”

Clemens’s ideas were on full display last night: in the chopped-and-screwed hoodies, the clever and thoroughly modern branding, and even in the perfectly-cut corduroy suits. Because when the performance and party were stripped away, the clothes themselves felt perfectly engineered for the moment, both easily wearable and deeply unique, the ubiquitous circle-T logo lending just the right amount of insider-y cache.

Despite—or perhaps because of—the fact that Telfar’s biggest cultural moment came via its White Castle collaboration in 2017, when Clemens designed a new White Castle uniform, there’s an impression that Telfar’s clothing is unapproachable. (And certainly some of the clothing in the past has been difficult to wear.) But the brand excels at basics that stand out from the crowd—hoodies and jeans that resemble hoodies and jeans, but that got glitched out somewhere along the production line. Radboy explained: “I think from a design methodology standpoint, Telfar is 100% in the tradition of Pierre Cardin. But when he talks about stripping something to zero, his zero isn’t geometry [like Cardin’s], it’s other clothes. He’s stripping down to what people actually wear. Which is just normal shit.”

As the final model melted into the crowd, Clemens came out for a bow—and fell back into the crowd, who jubilantly surfed him to the very center of the room. As hardcore rap outfit Ho99o9 took the stage and the floor of Irving Plaza erupted in feverish moshing, giving the exit signal to the assembled elite fashion editors who had watched from a small VIP section, Radboy considered how far Telfar has come in the past several years.

“At a certain point, I realized that the environment would not accept Telfar,” Radboy said. “And then our mission as a company became to change the environment. And that’s when we decided to do the CFDA—like, let’s win the most conservative award in fashion! Let’s do the uniforms for White Castle. Let’s do things that physically change the space.” As Supreme skater-turned-rapper Na-Kel Smith closed out the night with a hard-charging set, Clemens reflected on being carried off the stage by the crowd, like he was the king of New York fashion. “I trusted everybody, ’cause they’re my friends,” Clemens said. Telfar’s friends are still going to his shows—there are just enough now to fill a theater. He summed it up: “It was beautiful.”