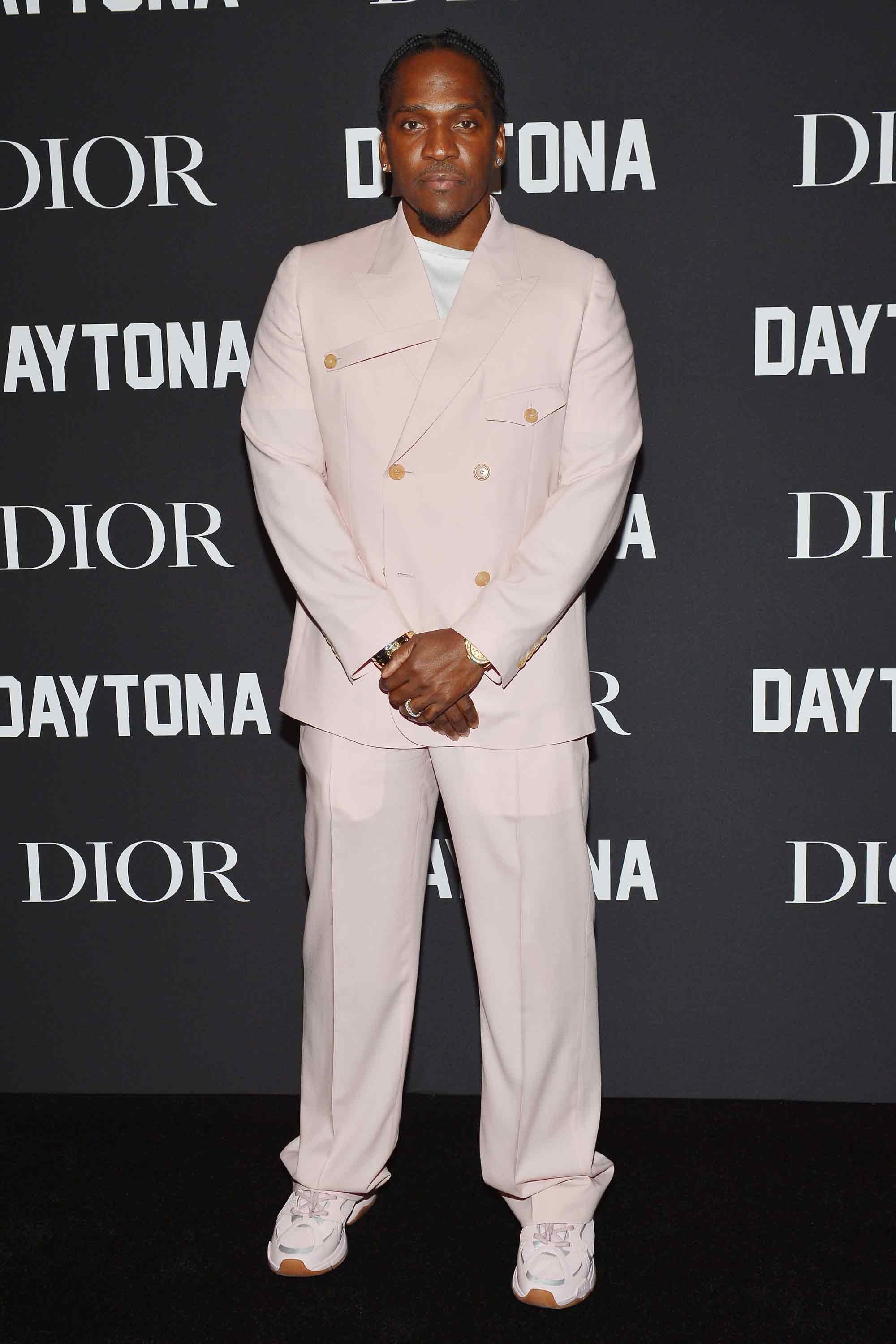 WHERE: At a Dior event celebrating Pusha T’s “Daytona” in Los Angeles

WHY: In sneakers and a triple (?) breasted suit, Pusha T is ready for fashion battle.

WHERE: At the MusiCares Person Of The Year event honoring Dolly Parton in Los Angeles

WHY: A leather blazer tailored this well would make any guy as happy as Batiste is here.

WHERE: At the British Academy Film Awards in London

WHY: It’s Timothee Chalamet versus the NBA in these high-end track pants.

WHERE: At a True Detective screening in Los Angeles

WHY: A simple suit in the spiciest color is a recipe for extremely good style.

WHAT: Saint Laurent by Anthony Vacarello

WHERE: At a screening for Kindness Of Strangers at the Berlin Film Festival in Berlin

WHY: Caleb Landry Jones is one ten-gallon hat away from being in a costume—which is what getting dressed is kind of all about these days.

WHERE: At the premiere of Mid 90’s during the 69th Berlin International Film Festival in Berlin

WHY: Hill shows you how to pull off the often-overlooked-but-excellent-under-layer zip polo shirt.

WHAT: Ermenegildo Zegna suit, The Kooples shirt, and To Boot shoes

WHERE: At Clive Davis’ 2019 Pre-Grammy Gala in Los Angeles

WHY: Your weekly reminder to buy a damn brown suit.

WHY: An coat this epic can’t be worn with just any pair of jeans.

WHERE: At a Dior event celebrating Pusha T’s “Daytona” in Los Angeles

WHY: Best “Get Off the Shed” fit from the low-key fashion god we’ve seen yet.

WHO: Tyler the Creator