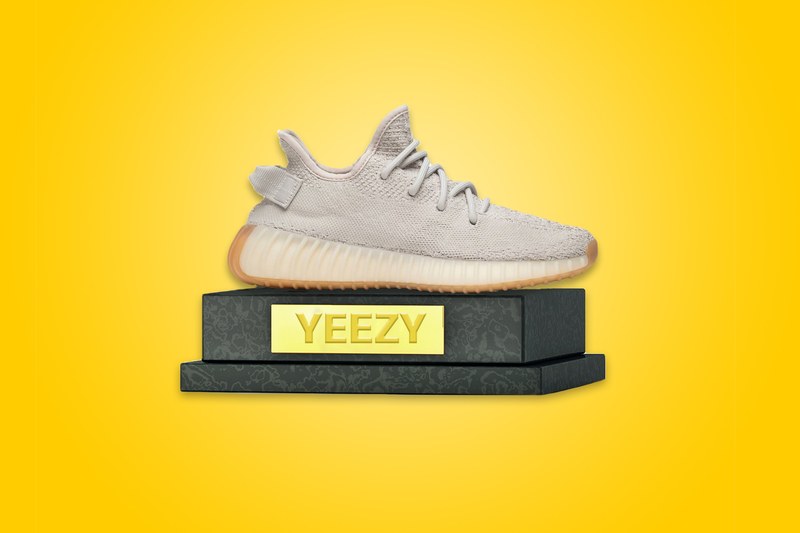 Here’s why that’s so wild.

The Yeezy’s ascension is genuinely astounding both because of the way the shoe’s been marketed as a limited-edition grail and the kind of sneaker it is—relatively expensive and un-anonymous. The Yeezy’s growth is also a bonanza for Adidas, which Powell reports now has its biggest piece of market share in recent history.

The Yeezy felt the kind of shoe that would never be top 10 in sales—on purpose. The whole point of the sneaker was that it was rare and limited edition. The Yeezy is so unlike the other shoes that sneaker brands build their empires with. What makes the Tanjun a best-seller seems to be the complete absence of design and that anonymity comes cheap: $65 a pair. The Yeezy is attached to a famous (and toxic) celebrity. It’s if-a-sock-had-a-baby-with-a-shoe design was strange when it was first released. And the shoe costs $220, or almost the same as four Tanjuns. Sneakers like the Yeezy aren’t made to be on this list. Of course, this was all part of the business plan: When Adidas executives talked about Yeezy, they espoused its halo effect, not its volume. “The Yeezy brand has a fundamental impact on our overall brand position,” Adidas’s CEO Kasper Rorsted said in an interview last May, “but it’s still in the bigger context of us being a $25 billion company, a small part of our company.”

Now, though, the shoe is no longer an intangible contributor—it’s seriously contributing to Adidas’s bottom line. In the same year that the Yeezy cracked the top 10, Adidas ate up more market share than ever before. I emailed Powell to ask if these two facts were related. “Yes,” the famously skeptic Powell wrote back. “So far.”

One stat best illustrates its interloper status better than any other: every shoe on the top-10 list but for the Yeezy sold millions of pairs, according to Powell.

At one point, the Yeezy was the most desirable shoe in the world. The shoe was much more likely to be seen in a celebrity Instagram than in real life. Kanye would never let us forget how remarkable that was. It might not be the hottest thing in the game anymore. For some celebrities, that would be crushing. But I’d contend that the Yeezy’s done something even more impressive now: gone mass.