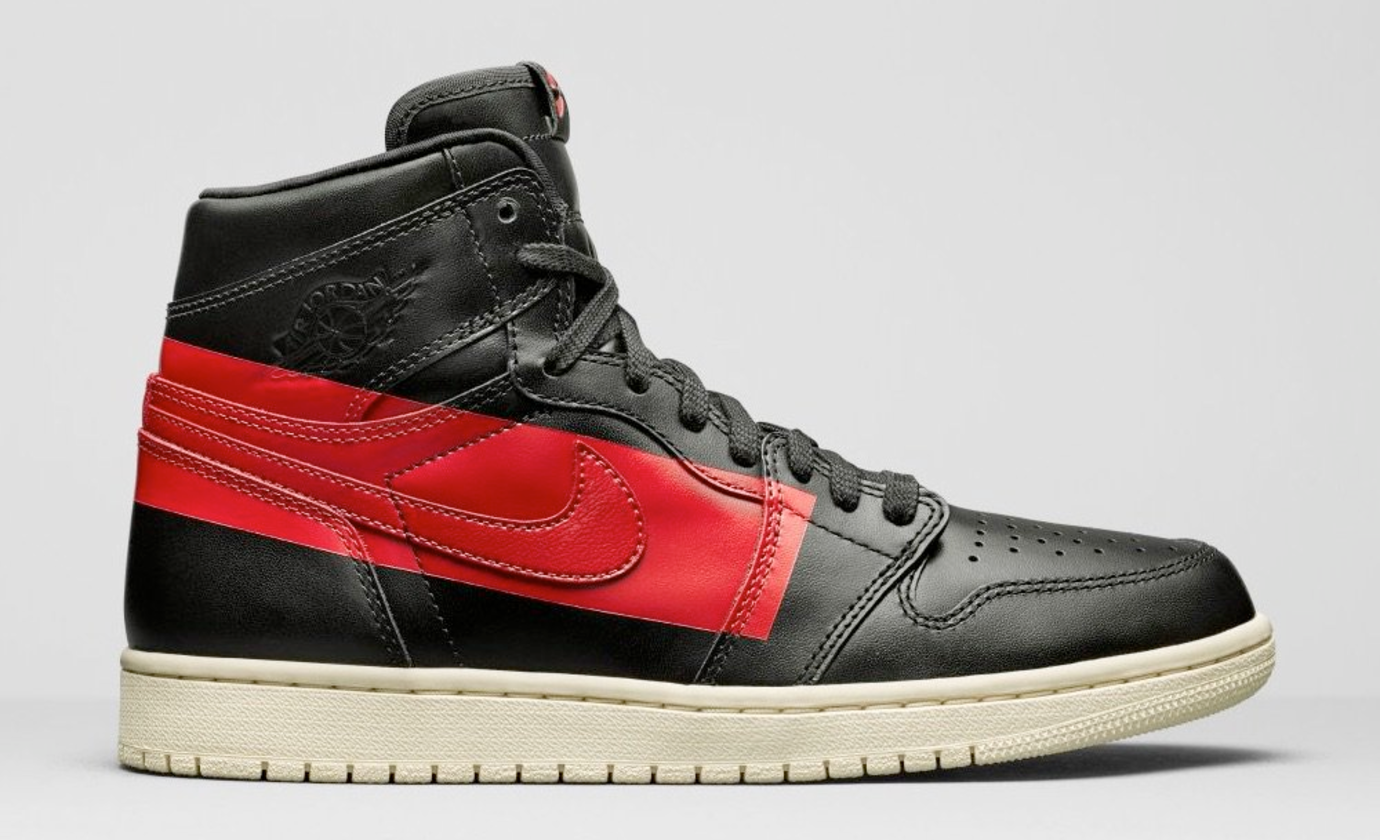 The story of the NBA banning Michael Jordan from wearing the black and red Air Jordan 1 back in 1985 for not complying with the league’s uniform rules at the time has become a major footnote in the lore of the legend’s first signature sneaker. It has been used for inspiration in the past on limited releases like 2011’s “Banned” Air Jordan 1, but Jordan Brand is once again going to take it back to Feb. 25, 1985 for a brand new makeup, the Air Jordan 1 Defiant.

As a nod to the NBA banning the Air Jordan 1 for featuring too much color, the Defiant is given an all-black upper. A large red block has been painted on each side panel over the Swoosh, hence the “Defiant” moniker. To add to the retro feel, the pair sits atop a cream-colored midsole.

According to @pyleaks on Twitter, the Air Jordan 1 High OG Defiant is slated to release on Feb. 23 for $175, a slight price hike from the usual $160 retail for most drops.

UPDATE (02/12): New images have surfaced of the upcoming Air Jordan 1 High OG “Couture.” Despite previous speculation and the shoe’s resemblance to the “Banned” colorway, @J23app says that the pair’s design is reportedly inspired by the craftsmanship of Italian luxury cars.

*RELEASE DATE LEAK ALERT*: @Jumpman23 will be dropping the 1st of a new model of AJ1s the ‘Air Jordan 1 High OG Defiant’ later this month.

The pair will retail at $175, slightly higher than most AJ1 OGs.

Will you be looking to cop a pair? Let us know.#NoMoreSecrets 🏴 pic.twitter.com/BXcA4kYzBk