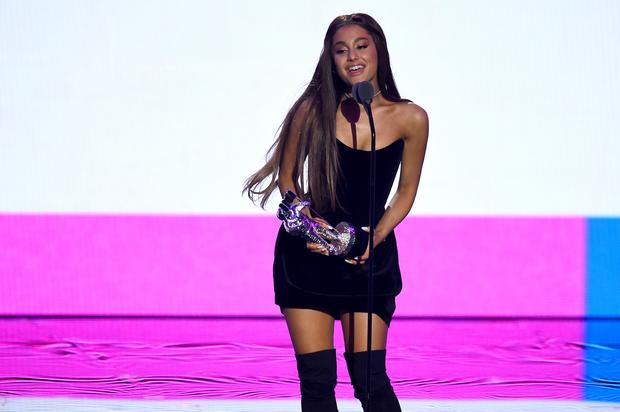 “Thank U, Next” had the biggest streaming week for a pop album ever.

Whether you like Ariana Grande or not, she’s undoubtedly been one of the hardest working people in show business this past year. 2018 was undoubtedly a trying time for the singer with the death of Mac Miller and her short-lived engagement to Pete Davidson. She released Thank, U Next, her latest album, at the top of the month — a project created while mourning and coping with her highly-publicized split from Davidson. Clearly, the project resonated with her fans as she’s now scored her second number one album in a matter of six months.

Thank U, Next has debuted atop the Blllboard 200 after the project broke the streaming record for largest opening week for a pop album — a record previously held by Ed Sheeran‘s divide. The album hit the top of the charts with 360K equivalent album units moved in its first week. 116K of those units were in traditional album sales while 228K of those units came from streaming equivalent which translates into 307M on-demand audio streams. She also surpassed the streaming record Cardi B held with the release of Invasion Of Privacy which earned 202.6M in its first week which means Ari now had the biggest streaming week for an album by a woman.

Thank U, Next marks Grande’s fourth number one album in her career as well as her second chart-topper in six months following 2018’s Sweetener.