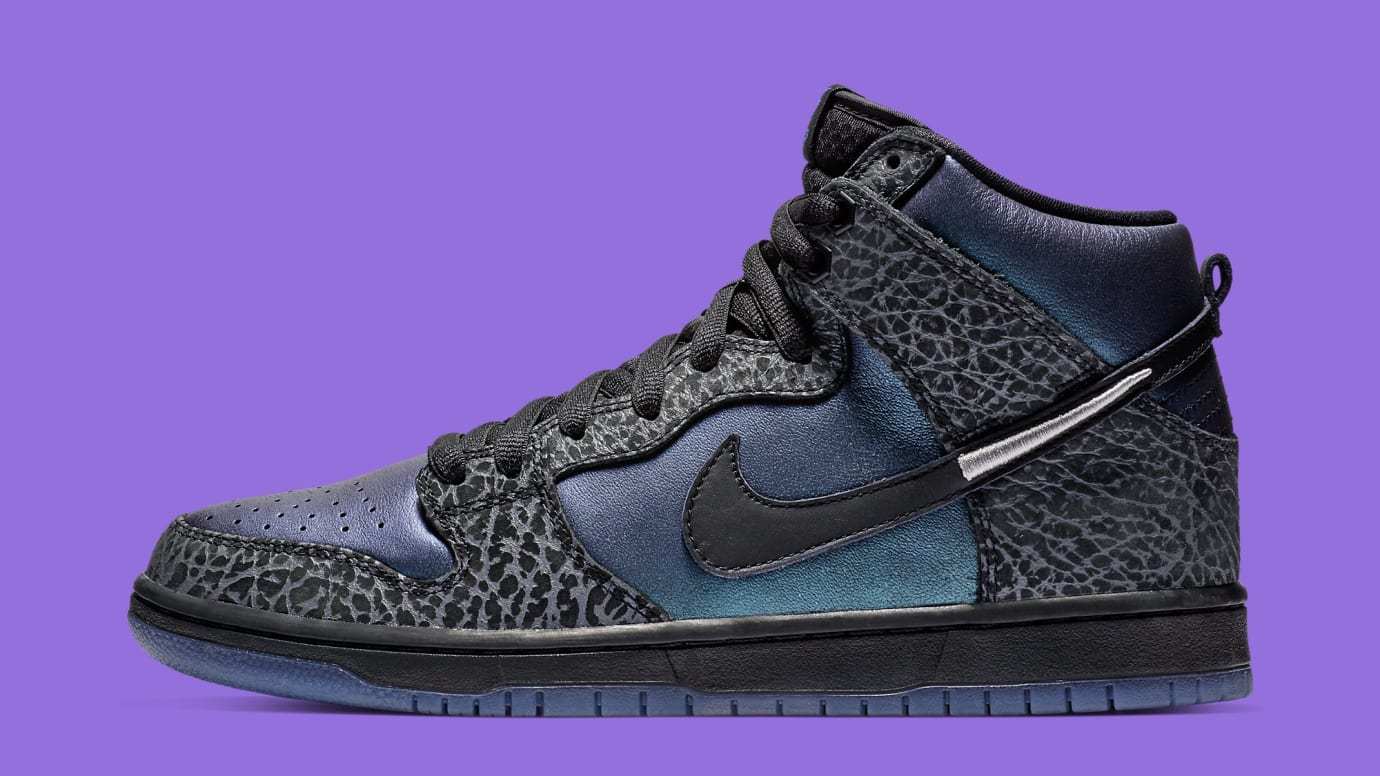 If Nike’s extensive collection for 2019 NBA All-Star weekend in Charlotte was not large enough for you, there is yet another pair being added to the fray. Local skate shop, Black Sheep, has collaborated on a Nike SB Dunk High inspired by the city’s NBA franchise.

The colorway is dubbed the “Black Hornet” and takes obvious cues from the Charlotte Hornets. An iridescent material makes up most of the upper. Black and grey elephant print is used on the toe, heel, and eyelets as a nod to Hornets owner Michael Jordan. A more literal detail carrying on the hornet theme is a white stinger stitched on each Swoosh. Teal and purple co-branding on the tongue, and an icy outsole complete the collab.

Look for the Black Sheep x Nike SB Dunk High “Black Hornet” to release exclusively at Black Sheep on Feb. 15 with special packaging. Pricing and the possibility of a wider launch in the future have yet to be announced.

UPDATE (02/14): After teasing its “Black Hornet” Nike SB Dunk High collaboration last week, Black Sheep Skate Shop has started to show off some of the deluxe packaging that will come along with the pair for its Charlotte-exclusive release this weekend. Along with a bee hive-inspired box, the “Hornets Nest” pack will come with additional goodies like honeycomb lace locks, a three-pack of extra laces, stickers, a mini basketball, and co-branded drawstring bag. Any remaining pairs will be sold online at a later date. The Black Sheep x Nike SB Dunk High “Black Hornet” is also going to drop at select skate shops on Feb. 22 and Nike SNKRS on Feb. 24 sans the special packaging.

UPDATE (02/17): Following a limited release at the NBA All-Star Weekend, the Black Sheep x Nike SB Dunk High “Black Hornet” will launch on Saturday, Feb. 23 via the SNKRS app for $110.

Last Week Was a Big Win for Bright Suits