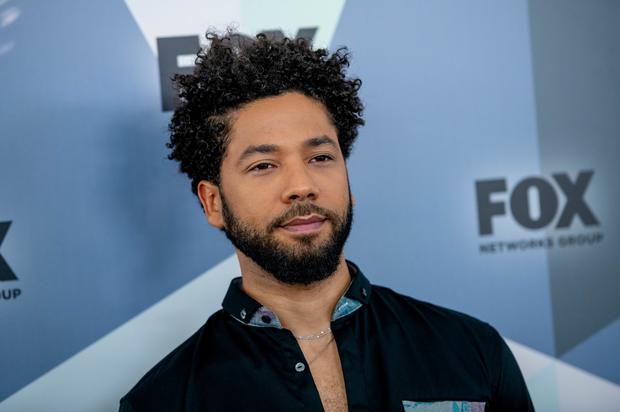 Jussie Smollett Reportedly Not Meeting With Chicago Police For Interview

The Chicago police want to interview Jussie Smollett about the attack that took place a few weeks ago and the possibility of it being staged but according to The Blast, Jussie’s not meeting with investigators because there was no official meeting. The Empire actor’s representative, Anne Kavanagh, released the following statement:

“There are no plans for Jussie Smollett to meet with Chicago police today. Any news reports suggesting otherwise are inaccurate. Smollett’s attorneys will keep an active dialogue going with Chicago police on his behalf. We have no further comment today.”

The police department has not confirmed or denied whether Jussie is being looked at as a victim or a suspect in his own case. The publication details how the two Nigerian men who were previously arrested told police that Jussie paid them to participate in the attack and even instructed them to buy the rope that was left around his neck.

Jussie has already responded to these wild reports, continuing to deny that he orchestrated the acts himself. “As a victim of a hate crime who has cooperated with the police investigation, Jussie Smollett is angered and devastated by recent reports that the perpetrators are individuals he is familiar with,” his team stated.

“He has now been further victimized by claims attributed to these alleged perpetrators that Jussie played a role in his own attack. Nothing is further from the truth and anyone claiming otherwise is lying.”