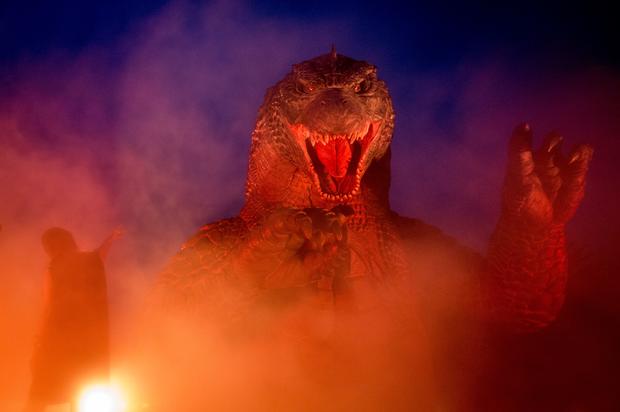 Godzilla is looking to mark his territory, challengers be damned.

Godzilla has withstood the test of time, becoming a classic fixture in both Eastern and Western culture. Now, with Hollywood once again pulling names out of the “reboot and remake” hat, Godzilla: King Of The Monsters is set to arrive this summer. While the previously released trailer gave an indication of the film’s scope, as well as revealing Millie Bobby Brown’s role, a new TV spot has arrived complete with some exciting footage. Should you be interested in watching giant monsters beat the hell out of each other, this movie will likely have you spasming with excitement.

While the previous trailer seemed to tease the Monster on Monster action, this spot provides a deeper look at some of Godzilla’s upcoming battles. And rest assured, they are numerous. Aside from Mothra, the beloved behemoth will have to contend with Ghidorah and Rodan, and we can expect plenty of destruction to be wrought in their wake. Check out the TV spot below, and sound off. Are you excited for this movie?