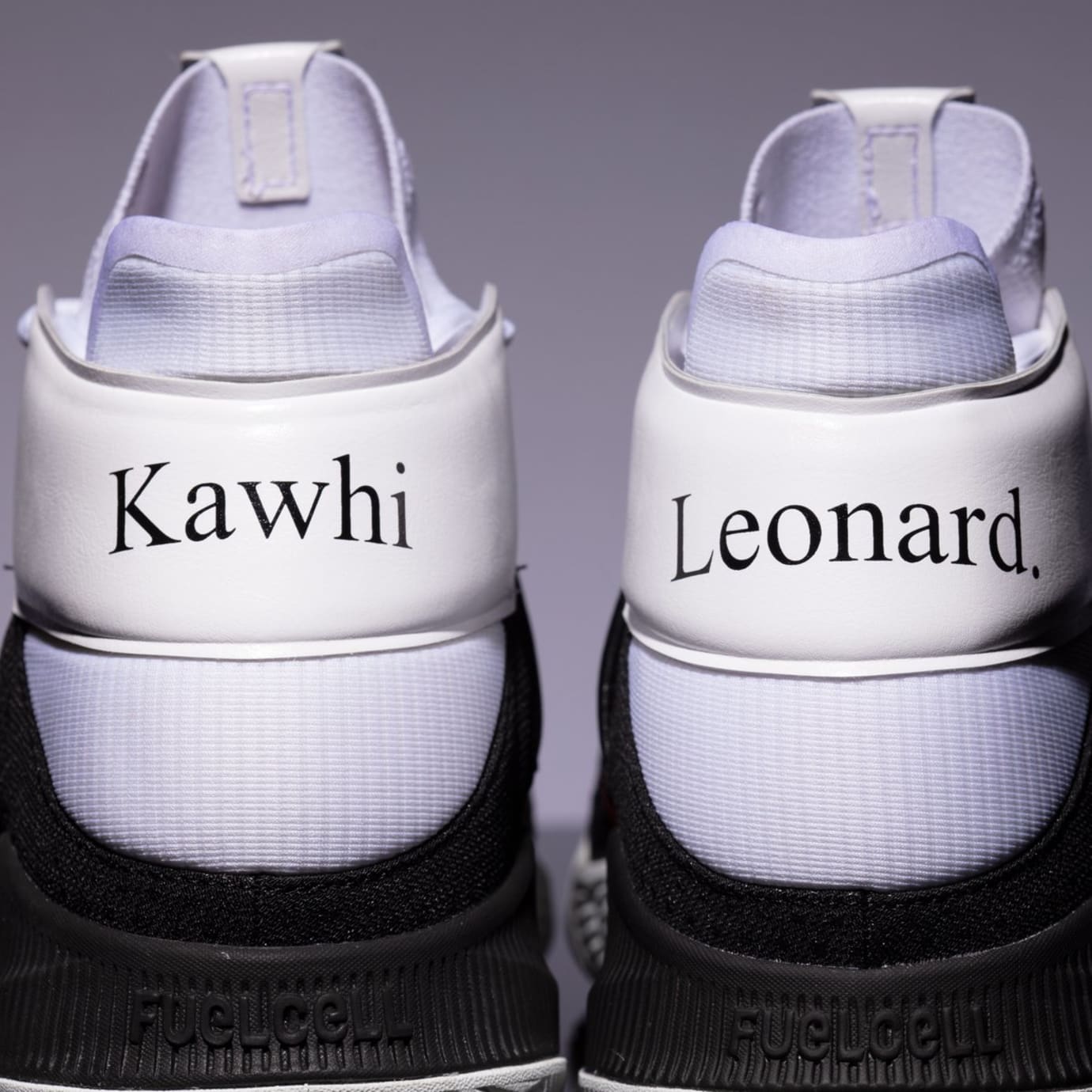 In celebration of NBA All-Star weekend in Charlotte, New Balance has collaborated with the the Toronto Raptors superstar to create six unique PEs of its newest sneaker. As the tweets from the official @nbhoops Twitter read, “We wanted people to vote for the debut at #NBAAllStar. But Kawhi wears whatever color he wants.”

Most of the pairs sport Raptors-inspired colorways that feature varying combinations of black, white, and red. The standout pair from the bunch is an “All-Star” color scheme featuring black mesh, royal blue suede, and what appears to be a glow-in-the-dark outsole. Branding includes special OMN1S tongue tabs, Leonard’s name stamped across each heel, New Balance’s “N” logo, and a raptor skeleton emblazoned on each insole. Various examples of personal logos for Leonard are also seen across the range.

The OMN1S is constructed of a mesh upper with a leather or suede panel wrapping the ankle. Other features include an eyelet system that resembles Velociraptor claws and a New Balance-branded strap across the forefoot. The brand’s FuelCell cushioning technology is loaded in the midsole.

Look for Kawhi to lace up one of his New Balance OMN1S PEs this Sunday when he takes the court for the 2019 NBA All-Star Game. Take a look at each colorway below.

UPDATE (1/17): New Balance shares a full lock at the OMNIS in the All-Star colorway debuted by Kawhi Leonard in the game.