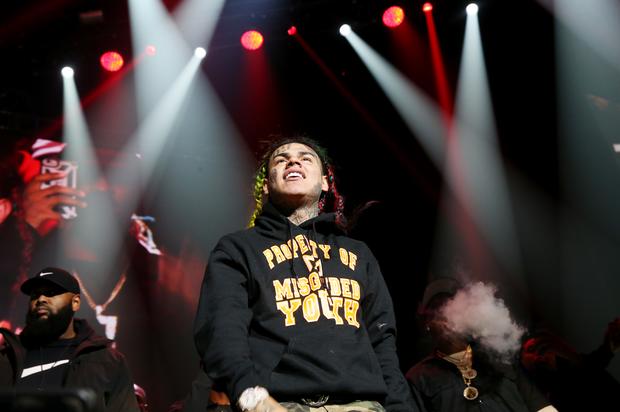 Tekashi 6ix9ine’s baby mama, Sara Molina, speaks on the rapper copping a plea deal and how it impacts her and their daughter.

Tekashi 6ix9ine‘s decision to snitch on his co-defendants might have helped reduce his sentence but there’s no doubt that it’ll haunt him once he’s released from federal custody. Most people weren’t shocked that he’s now cooperating with authorities including the mother of his daughter Sara Molina. Snitching on his co-defendants not only puts his life at risk but his family as well. However, Molina explained why she isn’t that shocked by his decision to rat.

Sara Molina said that she has to move a bit more strategically now that word got out that 6ix9ine ratted on his crew. Speaking to VladTV, she said that she’s taking precaution now due to possible psychotic fans in order to protect herself and her daughter. However, she isn’t as concerned as you’d think.

“Anybody who has something personal with him knows us and knows the situation personally so I feel like they wouldn’t necessarily direct it to me and my daughter all the way because everybody knows he didn’t give a shit about us,” she said. “I still take precaution.”

Even though her relationship with 6ix9ine puts her at some sort of risk, she continued to explain that anybody that knows them knows that she moves separately from him.

“Not necessarily that I’m all the way good, but I know people know me,” she said. “They know whatever he does, that’s him and I’m separate from that. ‘Cause he’s brought me around a bunch of people that know my body and know I’m not like that. You know, when you’re under pressure, you fold, and I guess that’s what he’s doing right now.”

Peep the full clip below.

Jussie Smollett Reportedly Not Meeting With Chicago Police For Interview