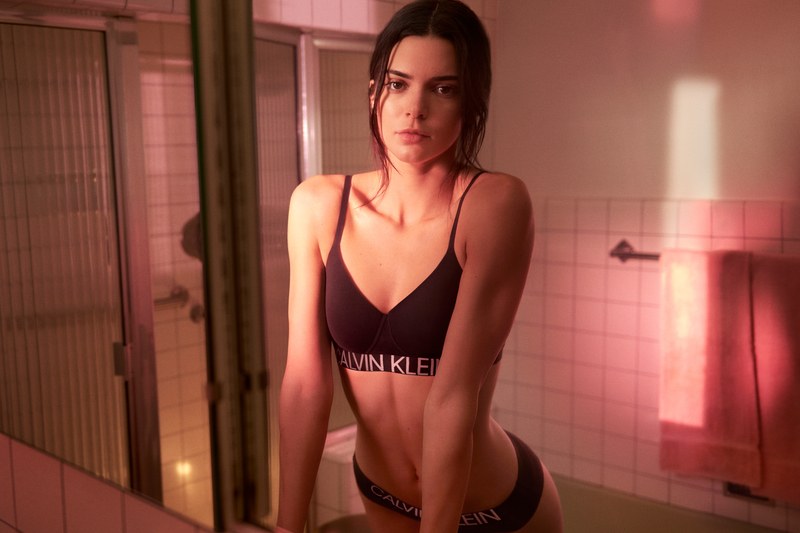 The first campaign post–Raf Simons returns to the playbook on which the brand’s advertising was built.

When Raf Simons exited Calvin Klein in December after two years and change at the creative helm of the American fashion juggernaut, the reason given was that “Calvin Klein Inc. decided on a new brand direction which differs from Simons’s creative vision.” Today C.K. is unveiling the first Calvin Klein Jeans and Calvin Klein Underwear campaign under that vision, which…kinda looks a lot like the company’s pre-Raf vision, at least at first glance.

The hashtag #mycalvins is back. So are the chiseled abs and come-hither body language that made Calvin Klein ads so infamous in the first place. Three years ago, Justin Bieber made headlines flexing in his Calvins. In 2019, Shawn Mendes is the Canadian pop star du jour the brand has enlisted to break Instagram (which, mission accomplished, thanks to a leak this weekend of the singer in his skivvies). Mendes is joined in the campaign by fellow Internet boyfriend Noah Centineo, as well as a slew of equally genetically blessed cool kids, including the models Jasmine Daniels, Jiali Zhao, and former C.K. face Anna Ewers.

However, there’s also a crew of names and faces present that helped define Simons’s brief tenure. Simons superfan and front-row fixture A$AP Rocky sports C.K. jeans for the Glen Luchford–lensed images. Kendall Jenner, who famously starred alongside her Kardashian/Jenner sisters in C.K. ads last year, returns solo. Models Lulu Tenney, Ernesto Cervantes, and Fernando Albaladejo—all familiar faces from the 205W39NYC runway shows—are here. The cast was chosen because of “their unapologetic attitudes and confidence; their willingness to embrace the spirit of youth,” according to the brand. It’s some cocktail of that and the hundreds of millions of Instagram followers between them.

The most obvious reminder of the Simons-led era is the all-caps Peter Saville-designed logo branded on the images that will run across digital, print, and outdoor platforms. But the the patchwork quilts, abandoned barns, and Americana overtones are decidedly absent. Ironically the campaign video—a “coming-of-age concept” according to the brand—is scored with the New Order track “True Faith.” Simons has famously used the band’s iconography in his namesake line over the years and in this case, it makes you wonder how much of the campaign was in motion before his departure. (If you’ve already paid to license a New Order song, you’re gonna use that New Order song.)

The most notable change in play here is that C.K. is back to being sexy, which is perhaps the one blindspot Raf had while mining the brand’s DNA. After all, the most iconic design to ever come out of the house of Klein is the logo waistband on its underwear. In reality, these ads are a mashup pre-and-post-Raf-era codes combined to do what any worthwhile marketing push should do: get people talking about Calvin Klein. And it’s already working.