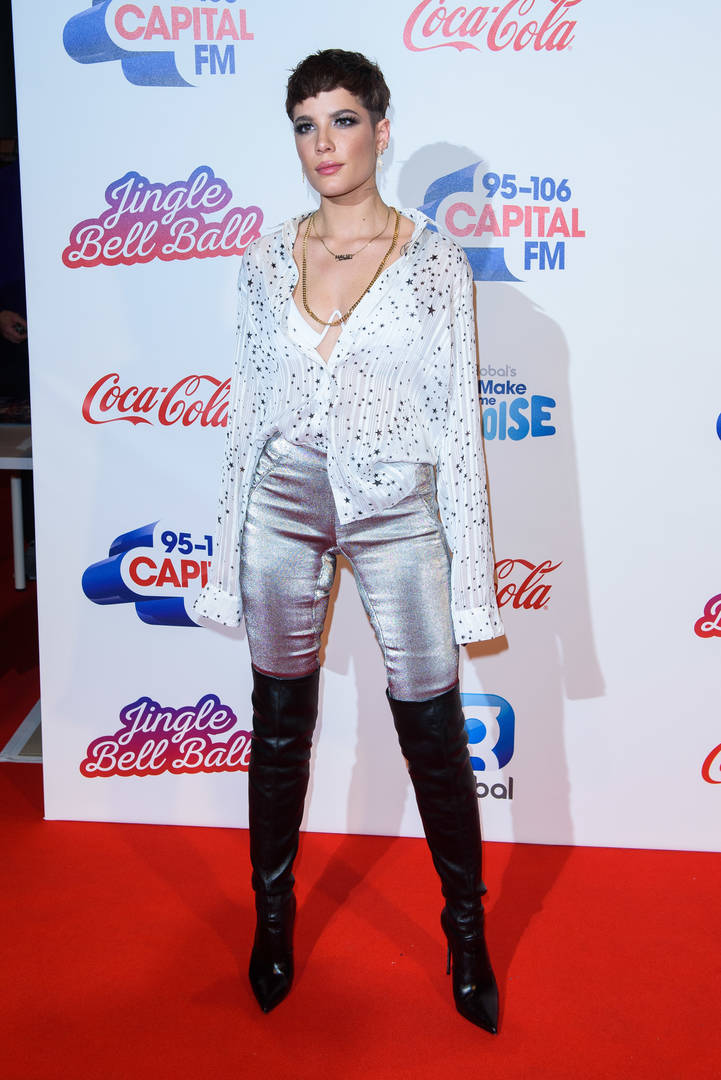 Halsey is not having a baby with Yungblud.

Over the weekend, Halsey was spotted on a yacht with her boyfriend Yungblud, taking in the sun and enjoying some time off. When she started teasing a big secret on Twitter, fans were speculating on the craziest things. She clarified that the announcement was not related to her upcoming album so what could it be? Was she engaged to her new boyfriend? Could she be pregnant? Many of her fans started leaning towards the latter, wondering aloud what she should name the new baby. The pregnancy rumors only lived for a few hours because Halsey shut them down quickly, noting that she is not expecting a child and joking that she was offended by the assumptions.

The pop star said that her secret would make some of her fans “explode” so, obviously, it’s big news. She didn’t let people wonder for too long and while the actual secret still hasn’t been revealed, Halsey made sure to stop any pregnancy talk in its tracks. “People think my last tweet is me hinting I’m pregnant,” she wrote. “Which means I’m either: a. gaining weight b. acting weirder than usual. Jokes on u, I’m doing BOTH! however STILL not pregnant!”

With pregnancy out of the question, what do you think is up Halsey’s sleeve?

Burberry Apologizes For Hoodie With Noose Around The Neck