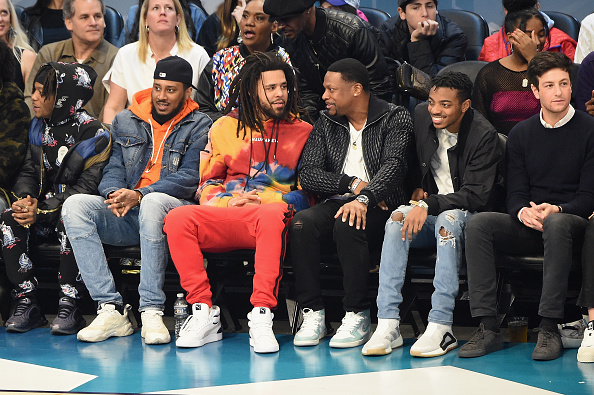 J. Cole continued to show support for PUMA during All Star weekend.

J. Cole is clearly a fan of what PUMA is doing right now, as the resurgent brand continues to reintroduce itself into the basketball space.

During J. Cole’s halftime performance on Sunday during the NBA All-Star Game, he was spotted wearing a lightly branded PUMA Ralph Sampson – a sneaker that hasn’t hit the market – to go along with that dope Hornets jacket.

J. Cole’s recent ties to PUMA haven’t just been limited to the All Star Weekend either. For instance, he broke out an exclusive PUMA Suede during a Mavericks vs Knicks game at MSG back in January, prior to the trade that sent Smith Jr to NY.

What does it all mean? We don’t know. But it’ll be interesting to see if he pulls out more unreleased PUMAs the next time he takes the stage.