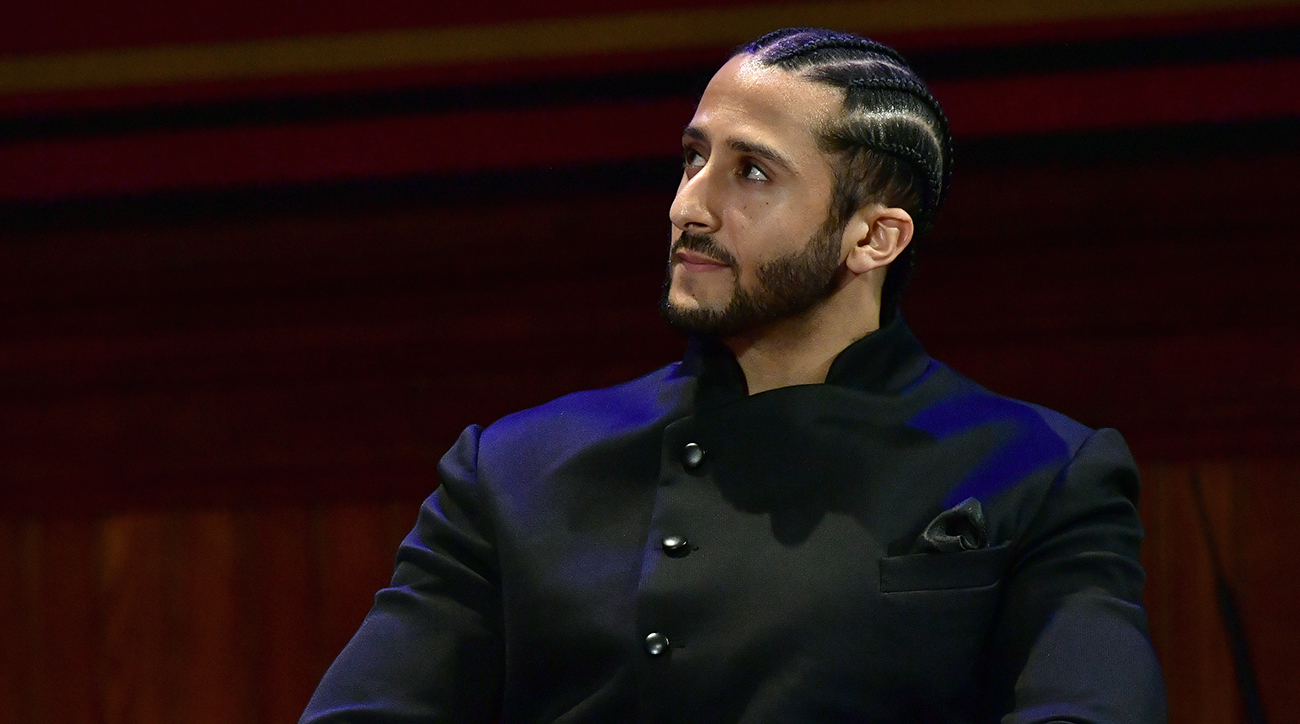 The NFL is as image-conscious as any sports league in the world. It cares about image down to fining players for wearing the wrong socks. It cares about public reaction so much it reportedly, quietly, polled fans across the country on high-profile concerns. The Shield must be protected at all times.

Friday’s news of a confidential financial settlement reached between the NFL and Colin Kaepernick and Eric Reid has been interpreted as a draw. (The legal aspects of this settlement have been covered exhaustively and expertly by my colleague, Michael McCann.) But to a wide swath of people who are considered Kaepernick and Reid supporters—supporting both their right to protest and what they are protesting (I include myself in that group)—there was a decisive winner. While I am as eager as the next person to learn the terms of this deal, I believe one can safely say, without knowing the exact terms, that this is a victory for the two plaintiffs, and a loss for Goliath.

The NFL surely knows how the public perceives confidential financial settlements—we’ve all seen Erin Brockovich. One side has a grievance and the other, more powerful side wishes to rid itself of a nuisance. With some pen strokes and even more lawyers, a deal is reached and everyone is told to stay mum.

But this is the NFL. It once—very publicly—went to the ends of the earth to suspend its most famous player a few months after he won the Super Bowl for (maybe?) knowing about slightly deflated footballs. The league—very privately—is now ending its legal battle with two players who would have had to meet a high standard to actually prove collusion in the legal sense. Why settle? Especially when the burden of proof is on Kaepernick and Reid, and a settlement would be viewed as capitulating to “the kneelers?”

MCCANN: Kaepernick and Reid Settle Collusion Grievance With the NFL—What’s the Significance?

A common idea—one that I agree with—is that Kaepernick and Reid may not have had evidence to prove collusion, but they had enough embarrassing material on the league and its owners that the league found settling to be the most palatable option. The image-conscious NFL, after absorbing a weekend of “Kaepernick won” takes (mostly—in fact, almost entirely—from black writers, surprise!), seems to have gone to work, trying to sway public opinion.

“Multiple people connected to the league… downplayed the settlement,” to Pro Football Talk. Dan Patrick was told there was “less than a zero percent” chance of Kaepernick winning his legal case because of a lack of evidence. The messaging to devalue Kaepernick’s win has begun.

They may be right. Kaepernick may not have earned a small fortune that will pay for yachts for his third generation. But how many millions he got—and the settlement was certainly in the millions—is immaterial to me. A navel-gazing, pocket-watching public will certainly care about the final sum, and no matter what that sum is Kaepernick detractors will break it down to “prove” he didn’t shake down the league. People will split the sum in half between Kaepernick and Reid, then divide by 32 to point out each team’s share, then subtract legal fees for Mark Geragos. Hell, they may even go as far as to break down the higher tax bracket Kaepernick is now in, thus making a big number small and obfuscating this point: Kaepernick took on the NFL and won.

ALI LEGACY AWARD: What Kaepernick’s Philanthropy Tells Us About His Vision for Social Change in America

We may never know if Kaepernick and Reid had the smoking-gun text or email. No, Kaepernick did not legally prove collusion. But he didn’t have to prove he was effectively blackballed from the NFL, because common sense has bore it out.

Finally debunked are thoughts that Kaepernick was not talented enough to be on an NFL roster, or that teams would have to deal with the undue stress of changing or making a system for him, or whatever other ridiculous reasons that were dispersed. Blake Bortles was so bad that he was benched for Cody Kessler—who was even worse!—then got his job back, all while Kaepernick sat at home. Josh Johnson went seven years between throwing an NFL pass and became Washington’s starter last season while Kaepernick’s perceived rust was used against him. Nathan Peterman played some of the worst football for a starting quarterback in recent memory and got two starts last season. As for a potential role as a backup, the Ravens went to the playoffs with Lamar Jackson, even though he and Joe Flacco have verifiably different styles. Baltimore, en route to becoming AFC North champs, successfully tweaked their offense for a rookie quarterback who, while learning and maturing, is hardly the passer Kaepernick is.

Whether it was part of this settlement or not, and regardless of what Geragos said on CNN this weekend about seeing Kaepernick play for the Patriots or Panthers, I’ve long given up the hope that Kaepernick would see an NFL field again. A settlement does nothing to harden an already-crystalized thought.

Kaepernick and Reid, clear underdogs by every traditional measure, took on North America’s greatest sports league in a case that would have been exceedingly difficult to prove by a legal standard. The heavyweight had a long track record of refusing to give in—and yet, in the form of a confidential financial settlement—that’s what it did.

This happened after the league’s attempt to quell black voices by way of a so-called “anthem policy” was rendered D.O.A. before the season even began. It happened after the President, who lied about the underdogs in tweets and during political rallies to rile up his lowest-common-denominator supporters, could no longer sustain the manufactured outrage. It happened after it was proven Nike made the right bet (and after one of the schmucks who didn’t went out of business).

And most importantly, while there’s still plenty of work to be done, this settlement happened after Kaepernick played a large role in making America discuss racial inequality. Millions have been given for the cause. Bail reform bills have been passed.

Focus all you want on what may or may not be the final settlement figure when trying to figure out who “won.” I’ll focus on what really matters.

De’Aaron Fox and the Kings demand your respect