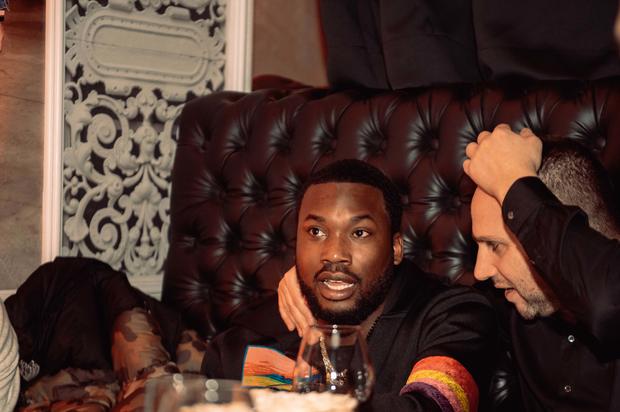 As Michael Rapaport dishes out hot takes on Twitter, Meek Mill returns with a scathing clapback.

Michael Rapaport had some words for Meek Mill following the rapper’s 2019 NBA All-Star Game performance. However, it ended up spiraling into his overall thoughts on Meek Mill’s as a rapper. Rapaport called Meek a trash rapper before claiming the “Uptown Vibes” rapper isn’t even in the top 20 rappers to come out of Philly. Meek clearly caught wind of the comments and responded to the actor on Twitter.

“Aye @michealrapaport don’t ever use the word trash when you speaking on nothing from our culture unless you tryna get trashed #2 who gave you authorization to be speaking on us? #3 what you charging now? Last time I seen You you wanted a selfie,” he wrote on Twitter.

Meek then brought out receipts. While bashing the Championships rapper, Rapaport shared a selfie of himself sitting alongside Meek and Nicki at a basketball game. Meek shared some context to the photo.

“Me:ayo yo who this? Anonymous: I think it’s the guy from white men can jump? Him: meek you so fire you give me that feeling what hip hop is missing ima fan “can I get a selfie”? Hurry up go head,” he recalled.

He added, “I never liked you since you played remy on the roof top… I kinda been on ya ass anyway lol.”

Peep the tweets below