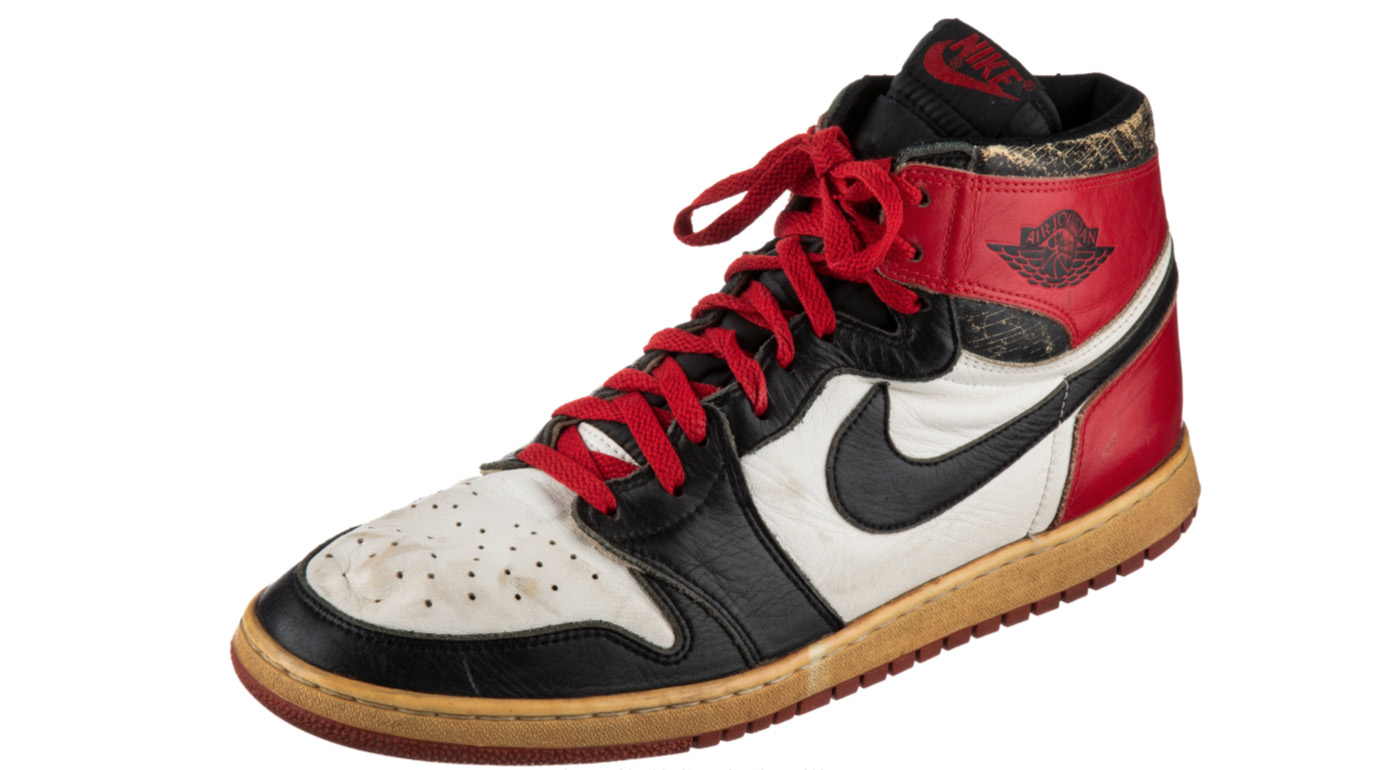 A game-worn autographed shoe from Jordan’s rookie season is up for auction and expected to net $20,000.

A piece of Michael Jordan’s rookie season can now belong to one lucky fan willing to pay a high price.

The NBA legend’s game-worn Air Jordan from the 1984-85 season is going up for sale with Heritage Auctions, according to the Milwaukee Journal Sentinel.

In 2001, Larry Awe, then head of maintenance for the Capitol Court Mall, found the sneaker in a storage room during mall demolition. He told the newspaper that he didn’t know how it ended up there but knew exactly what it was when he saw it.

Awe recognized the sneaker from the former store Playmakers in the mall that displayed game-worn shoes in a case. The size-13 shoe was autographed by Jordan, who also inscribed “My Very Best” with his signature.

A stamp in the shoe indicates that it was manufactured on Nov. 8, 1984. The sneaker features a black-toed design that Jordan only wore during his rookie season. It’s the same style he wore during a game on Feb. 17, 1985, where he scored 26 points in a 125–105 loss to the Bucks on his 22nd birthday.

Awe and his future son-in-law Donald Griffin put the sneaker up for sale, which Heritage Auctions estimates could net up to $20,000. The starting bid was set at $5,000 and is currently at $8,500 at the time of publish.

“Larry’s had it in his basement for 17 years and it happens to be what I consider and what Heritage considers the most significant Air Jordan shoe in existence, and I don’t think we’re overexaggerating,” said Chris Nerat, Heritage Auctions consignment director.

Despite Awe being the one who brought the shoe to Heritage, Playmakers owner Ron Tesmer believes he is the owner of the sneaker. Tesmer sold the business in 1997 and packed up some of his favorite sneakers from players like Jordan, Shaquille O’Neal, Larry Bird and Kareem Abdul-Jabaar and locked them in a mall storage room.

Tesmer told the Journal Sentinel that he thought he and his brother were the only two people to have a key to the storage room. When he returned to it, the shoe box for the Air Jordan was gone.

“I had kind of written them off and didn’t think they’d show up again,” Tesmer said. “Twenty years later, now suddenly they’re there.”