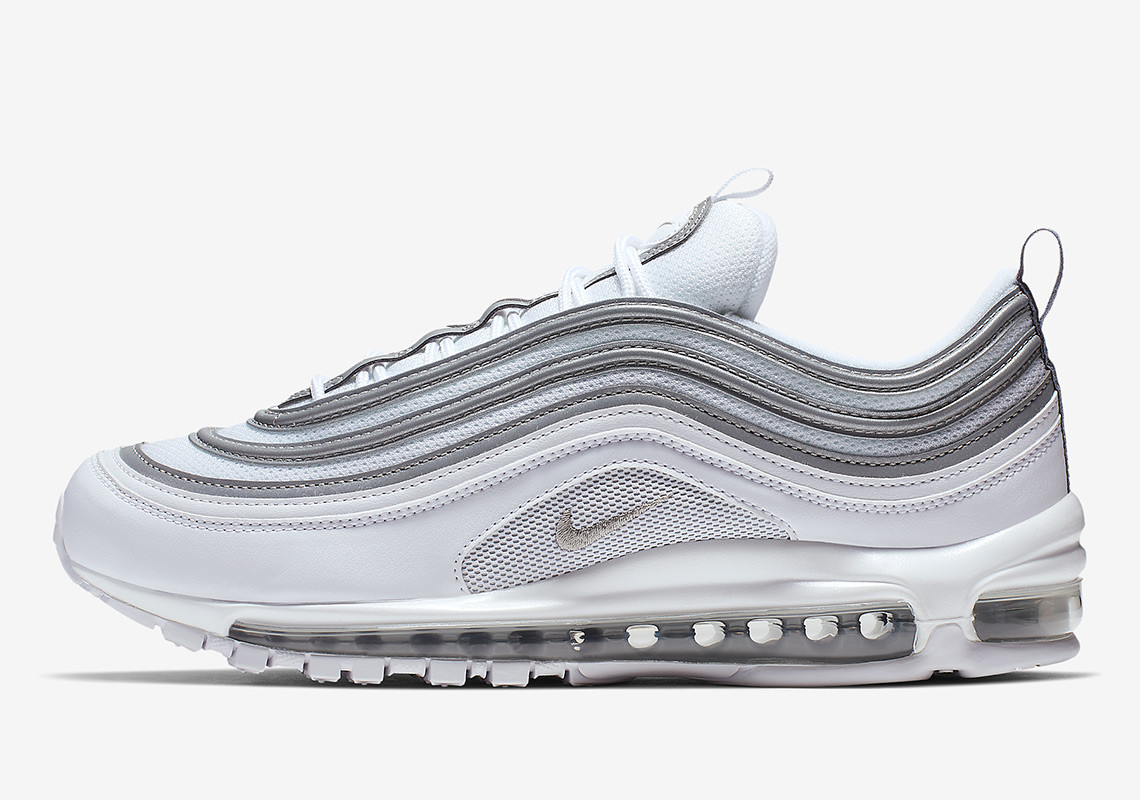 Perfect for anyone who needs some new white shoes.

Ever since Nike re-released the OG Silver Bullet and Gold colorways of the Nike Air Max 97, the shoe has seen a large resurgence. Those particular colorways sell out almost instantly whenever they’re re-released and it seems as though people just can’t get enough. Thanks to the said resurgence, Nike has been releasing new colorways quite frequently and are always looking for ways to make the Nike Air Max 97 special. With Air Max Day coming up on March 26th, you can expect multiple new colorways of the Air Max 97 to release, and one of those models is going to be this brand new clean and sleek white and silver colorway.

These kicks are made of both leather and mesh, with a primarily white upper. There are three silver rings of mesh around the upper, with more silver highlights on the tongue, as well as the Nike swoosh. Meanwhile, the air max unit on the midsole is see through.

According to Sneaker News, these Air Max 97’s will be releasing in March of this year for the standard price of $160 USD. These are looking like some great Spring or Summer kicks so if you need something fresh, these could very well be it.