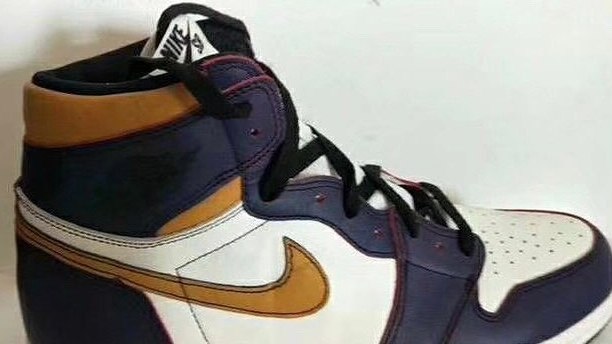 This pair sports a Los Angeles Lakers color scheme with a white leather toe box and side panels, purple used on the toe, eyelets, and heel, and yellow coloring in the Swooshes and ankle collar. This pair was initially spotted on the feet of Nike SB team rider Theotis Beasley a few weeks ago. Based on the photo, it looks like the Lakers layer may wear away to a “Chicago”-esque color scheme underneath.

The multi-layered design has become common on SBs as of late. The detail was most notably used on 2014’s set of “Lance Mountain” colorways. The most recent collection of NBA x Nike SB sneakers also featured two-layered uppers.