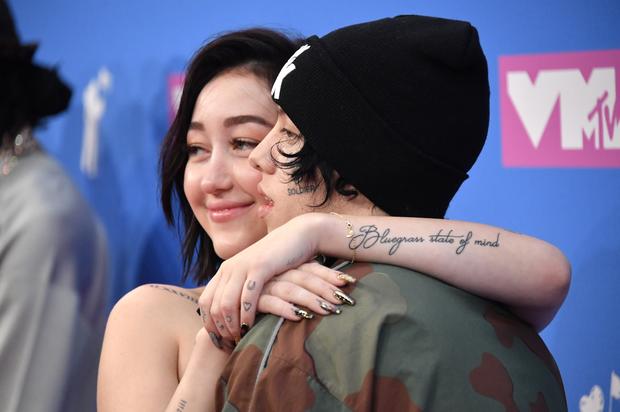 When Noah Cyrus and Lil Xan broke up last year, there was a big to-do made out of the unfortunate situation. Xan claimed that the label had set them up to start dating, revealing behind-the-scenes politics that most people wouldn’t agree with. They weren’t together for a long time but Cyrus appeared to build a true connection with the “Betrayed” rapper. She was emotional after their split, commenting publicly about her feelings after Xan called it off. Now, just five months after their break-up, Lil Xan is going to be a first-time father with his new girlfriend Annie Smith. Noah Cyrus seemingly reacted to the news on social media, looking upset on Instagram.

She posted a photo of herself on her Instagram story with her hand held to her head, writing, “Whata day.” Cyrus appears to be sad in the shot and her puffy eyes suggest that she has been crying. An official upload to her page shares the same emotion as she writes, “I WILL be happy if its the last thing i do.”

Xan’s girlfriend Annie Smith is only five weeks pregnant and Diego wanted to wait a little longer before telling his fans but he couldn’t contain himself any longer. The couple is hoping to have a boy and they want two more kids when it’s all said and done.