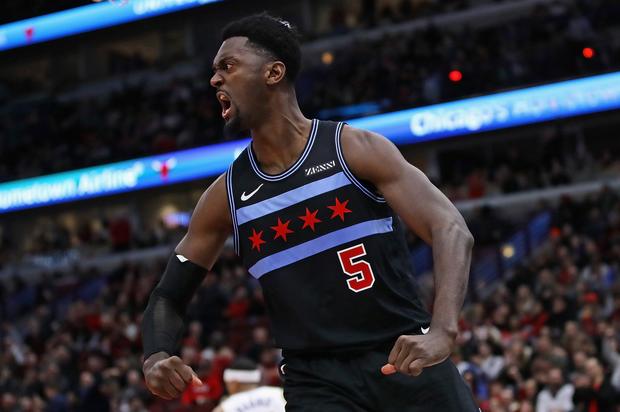 Bobby Portis Says Trade From The Chicago Bulls “Blindsided” Him

Portis thought he’d be with the Bulls for a long time.

Bobby Portis’ time with the Chicago Bulls was fairly tumultuous considering he was suspended eight games for getting into a fight with a teammate. He was drafted by the Bulls in the first round of the NBA Draft back in 2015 and it was assumed that he would end up playing with the team for a long time. Instead, Portis was traded by the team two weeks ago, in exchange for Otto Porter Jr. of the Washington Wizards. TMZ Sports caught up with Portis and asked him how he felt about the trade.

“I was very disappointed,” Porter explained. “I was getting ready for a game, not knowing it was gonna happen … you know, getting blindsided. But, I’m just happy to be with a team now that really wants me. I can’t wait to get back started.”

Portis seems to be excited about his role in Washington now, saying just how glad he is to be there.

“They have a good basketball culture here,” Portis said. “I’m just happy to be a part of it.”

The Wizards are two games out of a playoff spot and are ranked 11th in the Eastern Conference with a record of 24-34. They are now on a two-game losing skid.

T-Pain & O.T. Genasis Make It Rain On “A Million Times”