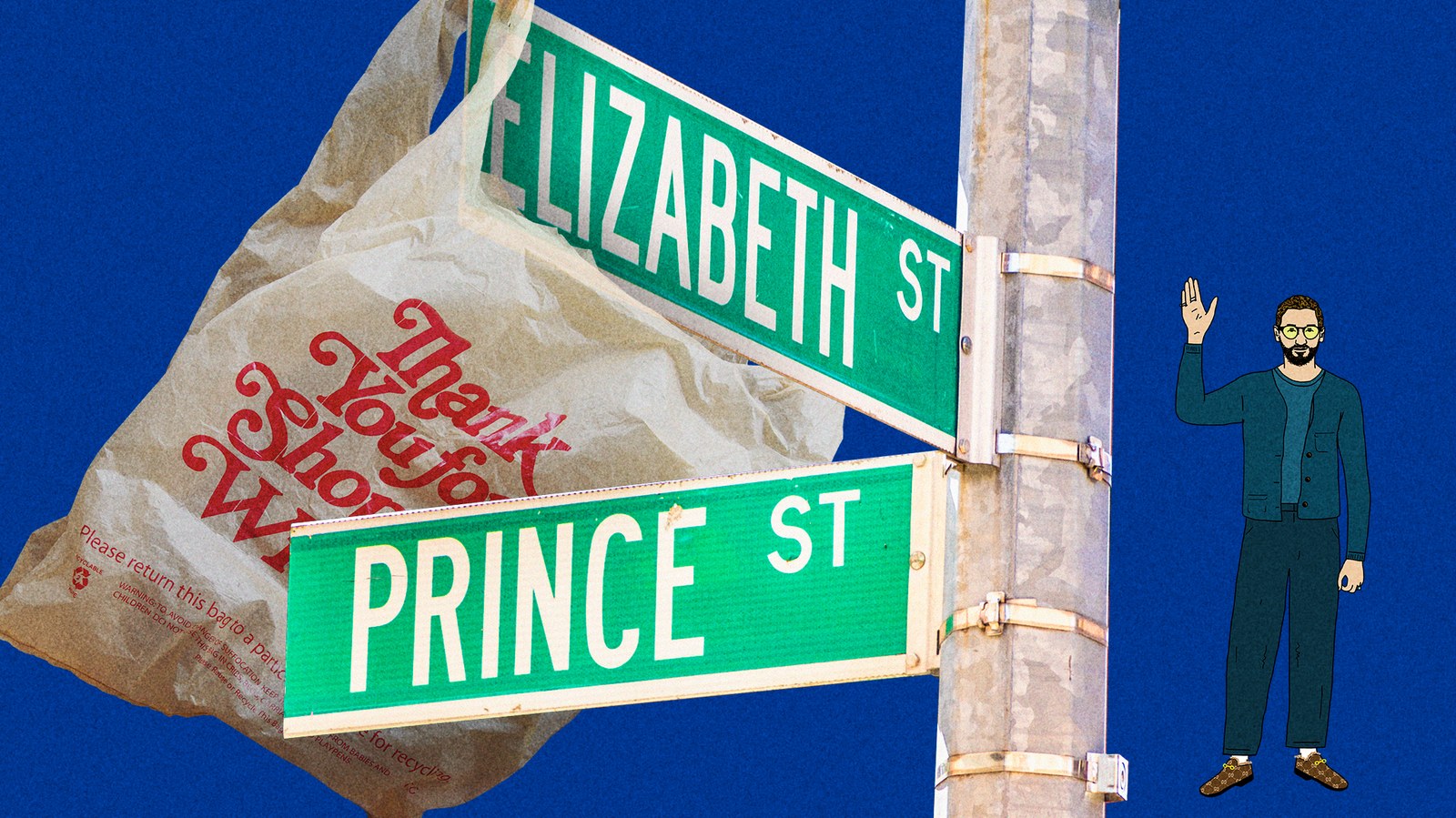 How to Make It in America(n Menswear)

In this week’s Shopping Buddy, a nice long talk with Unis founder Eunice Lee about small brands and Soho.

The French philosopher Guy Debord didn’t have shopping in Soho at top of mind when he outlined his theory of psychogeography. But the idea that the natural and built environment might exert an effect on the thoughts and feelings of the people who traverse it finds full application for anyone wandering downtown Manhattan in search of new pants. Which is what I was doing back in 2008, a college freshman hunting down some skinny chinos from Unis, the whitewashed Elizabeth Street storefront operated by Eunice Lee.

And, reader, believe me when I say: I felt something! Shopping in different neighborhoods produces different emotions—anxiety on Madison Avenue, or just confusion in Flatiron. (Why are there so many stores here, again?) Unis’s section of Soho felt like a secret: home to the kinds of shops that stocked the kinds of things that I was certain would change my life.

Eighteen years later, Unis is still there, but Eunice is not. She’s in San Francisco now, working at The North Face, having severed ties to her old line. But when I called her up to talk about her old store and neighborhood, she obliged. I’d been wondering: was it hard to run a New York boutique when your neighbors were all direct-to-consumer storefronts? What responsibility might we have as shoppers to the mom-and-pop stores we love? And what’s changed in the nearly 19 years since she first hung her shingle at Elizabeth and Prince?

I sort of knew what her answers would be—yes; more than you think; a lot—but I think they’re valuable nonetheless. Because, as she explained early in our conversation, it wasn’t always like this. “There was an opportunity as a small brand to rent a space for $3,500 a month. But that just doesn’t exist anymore,” she explained. “You’re going into $15,000, $20,000 a month. And how is that sustainable at the retail level?”

GQ: At the beginning, you rented a space. Obviously Soho then wasn’t what Soho is now, but that’s still prime real estate in New York City. And then you have a handful of years where you’re sort of figuring it out. Was there more room to not get it right away?
Eunice Lee: Yes. For sure. I keep thinking about how I felt like salaries were even bigger back then. I don’t know. Things just feel much more constrained: how carefully you have to look at your overhead, because everything’s much more expensive. When that becomes a much bigger factor to your bottom line, it is riskier to go ahead and open stores. And I think that’s why people are going through the pop-up route, to see if that store in that location will actually do well.

Was there a moment when you felt like things had turned a corner?
Actually, when I first opened the store, we were doing so well. Right before 9/11, I was like, Oh my god, this is turning the corner. Then 9/11 happened. But no matter what, I think any small business that survives multiple years, you’re just going to have some crazy things happen to you, where you just think, There’s no way I can survive this. But having that store felt like such an emotional connection. And the drive, like: I can’t close this, this is my baby. A physical entity felt much harder to close than if I had started to wholesale brands.

In 2008, I was in Italy doing production, and all those good things. And that was how I came up with the Gio: a slim chino.

That was a novel proposition.
That’s what small independent brands do, is think outside the box. You’re just way more agile. That doesn’t feel like a risk, to introduce a new style. And you want to be different. You have to sell yourself as being different.

Do you remember the kind of conversations you were having with shoppers back then?
The reason that pant even existed was because I listened to a friend of mine. He was like, I’m so sick of denim, and I want to find skinny chinos, and I can’t find them in the market. So I actually just built it for someone. When you’re in a retail environment, you hear what your friends are saying, what your customers are saying, what they hate, what they don’t like. All those years, you end up building that knowledge about what you think the customer wants. I felt like back then they didn’t know they wanted a skinny chino. We know there were skinny jeans at the time, and it was just like, what was the next step?

So things move along from there, and eventually [in 2011] you open in Los Angeles. And back in New York, that feels like when things started to supercharge in your neighborhood.
Yes and no. Now, the block is full. But a year ago, or more, I knew a bunch of landlords on the block, and they were having a really hard time getting brands to come and rent it. I don’t know if you remember when Kit and Ace was there, and once that emptied out, it took him probably two years to even rent the space. I think a lot of these internet brands—what do you call them? Is there even a term for them?

The official term, and it leaves me so cold, is direct-to-consumer.
Yes. So cold! Seeing Everlane put up ropes, to purposely let people wait outside like they’re waiting to get into a club? On Prince Street? Is really infuriating. Because that’s not what this neighborhood is. Back when I opened the store, it was almost ignored. There was SoHo, and then there was the Lower East Side, and then this Little Italy area was this secret haven. It just felt like, Thank god no one knows about it. And now, is it a commodity? These big brands and realtors and venture capital—is this the next neighborhood that you end up exploiting, versus, is it a real investment that people make in neighborhoods? Because once all the independent brands go away, or you push those people out, what soul is left?

Even the restaurants: they’re small chains, but they’re chains. You have Everlane. You have the untucked shirt guys. All these not-exactly-real companies. But I don’t want to get too far off track with gentrification complaints.
But the thing is, in terms of retail, it’s changed. We started a small business association called Downtown Independent Business Alliance. It’s for small businesses, basically, in Little Italy, Chinatown, and the Lower East Side. We focused on District 1, Manhattan, because it’s the last front of what downtown represents on the island. And we thought, if small businesses—small independent businesses—don’t get together to fight for our rights, [for] leverage with landlords, then what is left? And one of the conversations we had with the founding members was [about] how the actual change for us, the people who opened on the earlier side, is the customer base has totally changed. That’s huge.

I wanted to ask about that—how has the guy who’s shopping at Unis changed?
I think there might be different tourists that happen upon the neighborhood. But I think the thing that’s really changed is, Prince Street used to be very quiet, and now it’s become a thoroughfare. And it also goes with the development of everything else around my neighborhood: so Bowery and the [New] Museum, everything. It’s like streaming fish down Prince Street, versus the way I would watch people shop in the neighborhood. Just taking really slow strolls through Elizabeth, Mott, Mulberry. It feels like things are faster.

Simultaneous to all that is the rise in our world, in menswear, of streetwear. And the center of gravity for all of that is also SoHo. I wonder how being a store that sells primarily quiet stuff contends with guys who want logos, and the newest thing on Thursday.
I think, after 18 years, you go through tons of trends. Think about it: when I started, streetwear was such a huge thing, and what I was doing was not a big deal in menswear back then. I formulated the idea of starting Unis at the tail end of the 90s, when the North Face, and DKNY, and all these gigantic brands were huge and logo-driven everywhere. And so was Supreme, and all these other streetwear brands. And over time it helped that I was doing something different.

I think there has to be, in menswear, a longer-term play in how to survive. I can’t be everything to everybody, and I think that there is a clean guy who appreciates quality basics, who comes to me. There are months where we’re like, OK, where are they? [laughs] Why aren’t they coming in? But now you’re not just a retail experience. It’s the convenience of being able to shop online. We have tons of guys in Brooklyn, or even uptown, who order stuff online and have it delivered to their houses.

It feels like Instagram can play into that. Because that drives so much interest in men’s clothes. And the sort of stuff that pops on your phone is not necessarily the stuff that looks like what you’ve been designing for 18 years.
To be honest, I think as a brand we struggle with it. Because it’s almost like any brand who’s already attacking the millennial, and—what’s the next generation? Z? Is it Z? All of them, that’s who those [direct-to-consumer] brands are going for.

I know you’ve had your back-and-forths with Everlane, or the idea of Everlane, and the way they’ve messaged their brand. Because even if their stuff isn’t super shiny on your phone, they’re making a really big deal out of how they’re producing it.
Their marketing is amazing, what they’ve done. All of a sudden, they own sustainability. All of a sudden, they are not cheating you. They’re the only brand not cheating you! But the fact that, like, you’re [direct-to-consumer and] you don’t wholesale, that’s the only reason your prices are like the Gap. Because you’re exactly Gap.

If you talk about the rent being 15K for a retail space, it’s like: well, who can afford that? It’s companies that have VC funding, and can really pump money into that. And I imagine that keeps sending rent through the roof.
It really does. Those brands don’t care, necessarily, about making a full profit in some of these stores. They might just be breaking even. And that just doesn’t actually help the health of a neighborhood.

WHAT I BOUGHT THIS WEEK
One (1) subscription to NO GRASS IN THE CLOUDS newsletter: $70, Ryan O’Hanlon