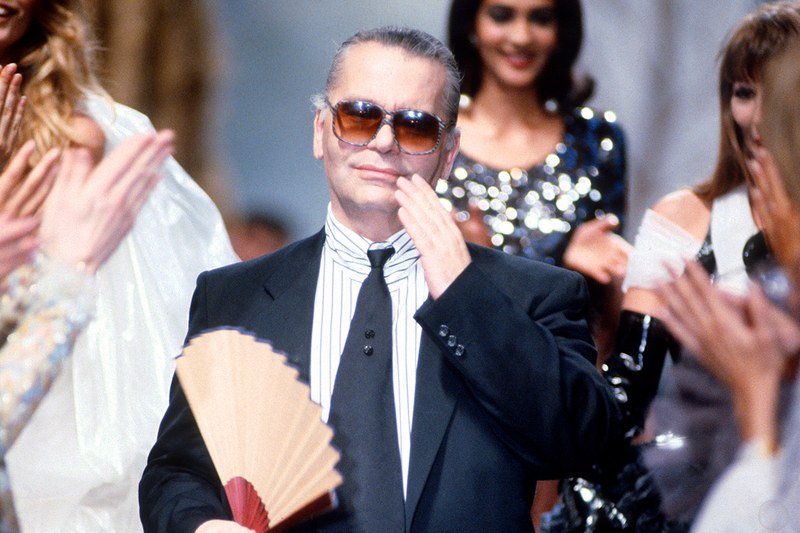 Karl Lagerfeld Invented Everything You Love and Fear About Fashion

The Chanel designer died at 85 on Tuesday in Paris.

It’s funny to think of Karl Lagerfeld, the monolithic fashion designer and head of Chanel who died on Tuesday at 85, as an unsure upstart, eager to please. But Women’s Wear Daily captured him that way in 1983, his first year as Chanel’s creative director. He was preparing his first-ever couture collection and trying to smooth over his bumpy arrival at the house, where his new hires were clashing with Chanel’s old guard. “I’m working like the Communist party,” Lagerfeld told the paper, “bringing in my own people and placing them everywhere.”

It’s a classic Lagerfeldism, funny because it coyly ties the frivolity of fashion to larger, more serious ideas while also seamlessly grafting the political paranoia of his clientele onto his work. A German, comparing himself to a communist, while explaining his approach to designing the uniform of capitalism’s biggest beneficiaries in the midst of the Cold War? (Nancy Reagan, then in the third year of her husband’s administration, was notably committed to Chanel-inspired getups.) This idea—that fashion wasn’t merely a product for the world’s richest people, but a cultural juggernaut that everyone participated in—wasn’t new, exactly, but Lagerfeld shaped it for the modern age.

Of course, Lagerfeld always knew how to multitask. He could produce prolifically, making eight collections a year for Chanel, but also overseeing couture and ready-to-wear collections for Fendi and his own eponymous line. The hyper-productive, almost spread-too-thin designer? Lagerfeld invented that, too.

What else did he invent? In a certain way, Coco Chanel herself. When he stepped into his role at Chanel, the house was musty. Its eponymous designer had died over a decade before, and many friends and industries allies warned him not to take the job. He did more than that: he essentially became Coco in drag, pumping up her penchant for aphorisms and her obsession with her own myth into a global regime of desire. This ranged from the small (like Coco, Lagerfeld was cagey about his birth year) to the vast. His attitude, his ear for evil little phrases—“Sweatpants are a sign of defeat,” or “I am working class: I work with class”—echoed her own love of maxims, and snapped the world’s attention to the fashion industry, making many who would only ever dream of owning a Chanel product aware of the universe of luxury.

Chanel had developed signatures: the shoulder-strap bag, chains and pearls, the tweed jacket, the skirt suit, the little black dress.Lagerfeld made them icons of global culture, as recognizable as the Mona Lisa or a McDonald’s sign. If fashion’s driving impulse, at least at the turn of the twentieth century when Chanel herself first made her impact, was modernity, Lagerfeld reworked the same themes over and over, in infinite variations, to hammer them into our consciousness. Now, they are shorthands for luxury, for “chic,” present everywhere from his competitor’s houses to fast fashion chains. Like Coco, Lagerfeld knew that something wasn’t iconic unless it was knocked off everywhere.

His own visage became a part of this machine of reinvention, too: he fashioned his small life choices into infamous anecdotes about the lifestyle of the rich and famous. He often said he went on a diet in 2000, eventually losing almost 100 pounds, because he wanted to wear Hedi Slimane’s Dior Homme suits; he credited Diet Coke with his success. His uniform became as much a part of the canon as Coco’s tweed skirt suit: the sunglasses, the giant tie, the black jacket, the low ponytail. He was born in Germany to middle-class parents, then climbed the ranks as a kind of dutiful apprentice at Balmain and Chloé before taking the reigns at Fendi in the ’60s, but it is basically impossible to imagine him as anything other than that mix of 18th-century gentleman and imperious, catty doyenne.

His triumphs are complicated ones. The chaotic pace of the industry, the outrageous demands it places on its creative forces, the desire for iconography and legend over true innovation, the fast fashion machine: these are all part of Lagerfeld’s legacy, too. Look also at his innovative obsession with blending pop culture and high fashion, which still reverberates to this day. While he always toyed with integrating more contemporary motifs into his Chanel collections, he took this to a remarkable extreme in 1994, when his Spring and Fall collections integrated language from hip hop, like oversized pant silhouettes with crop tops, overalls or suspenders with bare midriffs, big outrageous furs. These looks cribbed from the sexy streetwise TLC and the tweedy glam of En Vogue. That double-C logo became Dapper Dan-worthy. Coco’s layered chains became bling. It was revolutionary, and Lil Kim embraced it, and so have her descendents, but it was also appropriation. Lagerfeld’s own taste in celebrity skewed more expected, then bizarre: after a handful of decades of the usual French muses, more recently, he was equally interested in Kristen Stewart’s tomboy anti-fashion, Sofia Coppola’s intense interiority, and Blake Lively’s bland American fantasia.

It feels safe to say that, though more people care about fashion than ever, no designer will again match Lagerfeld’s stature. Only Christian Dior and Coco Chanel were household names at his level. Toward the end, his collection themes grew almost inconceivably broad, but his genius for understanding luxury and how it was consumed meant that they managed to be authoritative rather than unimaginative. His Fall 2019 show was fall-themed, with puffers and what were essentially Realtree prints for the one percent. His last Spring 2019 couture show (he was too ill to take his bow, sending out his studio head and his now successor, Virginie Viard, in his stead) was about spring.

Space, the supermarket, art: these were all things that he played with, expressing complex ideas about how the world’s most powerful people might dress. His Spring 2018 show was water-themed, and I remember being struck, as the mist from the waterfall he’d constructed in the Palais Royal gently frosted my face, that the models were carrying Chanel plastic totes to protect their Chanel leather bags from the Chanel waterfall. Lagerfeld constructed everything in his universe—and he made us citizens of it, whether we wanted to be or not.