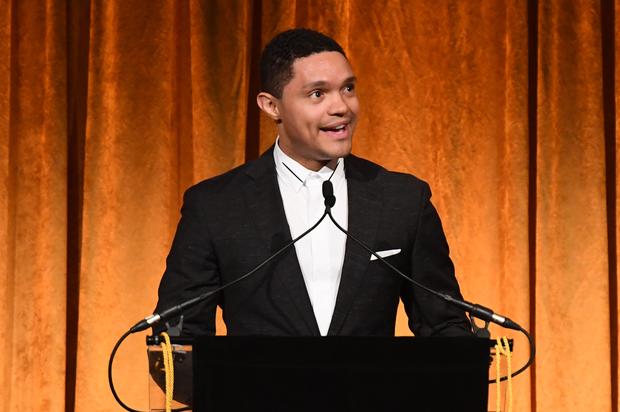 The Jussie Smollett Attack case has so many twists and turns that it’ll leave your head spinning. Following the initial reports in January that Smollett was the victim of a violent hate crime on the streets of Chicago, fans and friends of the actor stood by his side as police searched for his attackers. Since then, the case has drifted into a direction that suggests payouts, hoaxes, and lies. FOX confirmed that the actor isn’t being written out of Empire and Jussie recently released a statement through his lawyer saying he is angered by the implications that he isn’t telling the truth. Moreover, members of his family have tweeted their continued support. New sources and rumors are leaked daily, and now Trevor Noah from Comedy Central’s “The Daily Show with Trevor Noah” is offering up his opinion on the bizarre turn of events.

“Yeah, I don’t know what the details of the Jussie Smollett story are going to end up being. What I do know is that right now the story doesn’t make sense in the pieces that it’s laid out as. I’m not saying that he is lying. I’m just saying that his story doesn’t seem to line up with what’s happening. ‘Cause these guys admitted to punching him, so that part of the story is now effectively dead.”

Trevor goes on to say that as new details emerge, he expects Jussie to have answers to a new set of questions including, “Did you pay them to punch you or not?,” Are they part of it or not?,” and “Why did they do this to you, just randomly?”

“Like, why are two Nigerian guys walking around in Chicago’s freezing weather and then shouting ‘This is MAGA country’?” Noah joked. “That’s a weird thing to shout as a Nigerian person.” Trevor also said that this story is beneficial for Trump and MAGA supporters as “so many people jumped on board before they even waited to see what it was about.”

He also gave advice to the public, saying that we should all take a moment to pause on stories such as these, reflecting on what we can take away from them.

T-Pain & O.T. Genasis Make It Rain On “A Million Times”