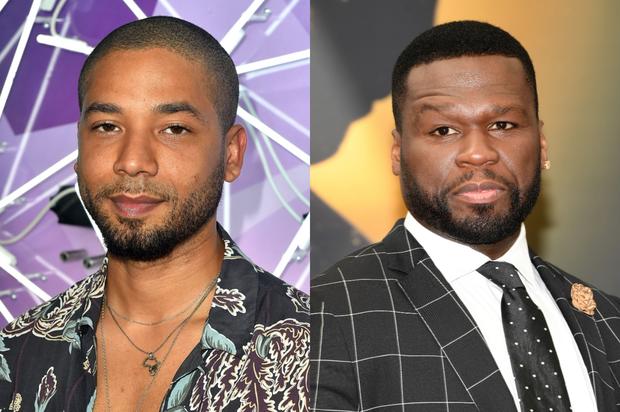 50 Cent is calling out Jussie Smollett for allegedly lying about his attack. Since the skepticism around his hate crime case escalated over the past few days, it was only a matter of time. Now that the actor is reportedly facing prison time for filing a false police report, Curtis has come through with some commentary.

He shared an edited image of 2Pac‘s All Eyez On Me cover art with Smollett’s face placed over the celebrated emcee’s and a reimagined moniker referring to the actor’s proclamation as “the gay Tupac.” The LP’s title was also altered for good measure, appearing as “All Liez On Me.”

The montage alone clearly points to 50’s perception of the recent developments in Smollett’s case. Still, he added some heat in the post’s caption: “It’s 2019 people, things are a little different now,” he wrote. “Commander Emanuel Gonzalez would say, if you see him shoot him on sight.”

Chicago police have confirmed Jussie Smollett was indicted on a felony charge of disorderly conduct for allegedly filing a false police report which carries a maximum three-year sentence. Smollett was indicted today by a Cook County grand jury that heard testimonies and evidence that suggested the actor staged his own attack.

The two brothers involved in this case, Ola and Abel Osundairo, testified in front of the grand jury, saying they staged the attack at Jussie’s request and were financially compensated for their involvement.

Joel Embiid Out For A Week With Sore Knee: Report