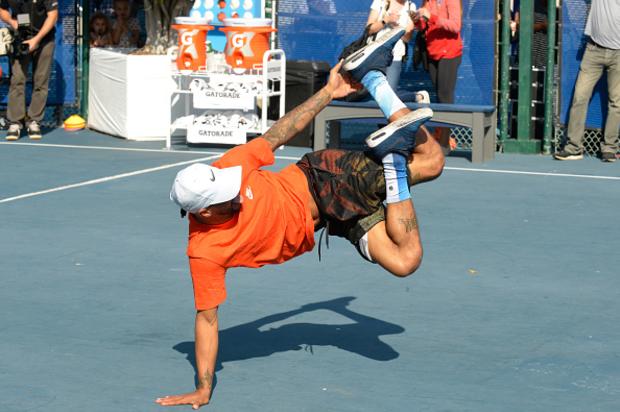 Four new sports have been proposed for the 2024 Olympic Games in Paris. Among them, breakdancing.

“Urban sport, universal and popular with more than one million B-Boys and B-Girls in France, we propose to bring breakdance and its famous battles to the games,” read a tweet from the official Paris 2024 twitter account.

In addition to breakdancing, skateboarding, surfing and climbing have also been proposed for the 2024 Summer Games, though the latter three are already on track to debut the Olympic Games in Tokyo next year.

According to CNN, breakdancing actually debuted in the 2018 Youth Olympics in Buenos Aires, Argentina, but has yet to be included in the full senior program. The International Olympic Committee has until December 2020 to make a final decision on all four proposed sports.

As a result of Thursday’s announcement, squash, snooker, chess and karate are officially out of the running for the 2024 Games.

According to BBC, the World Squash Federation (WSF) and the Professional Squash Association (PSA) released a joint statement that reads:

“We truly believe squash could seamlessly integrate into the Olympic programme with minimal costs and an optimised pool of participants.

“Our unique interactive glass court would allow squash to bring a lot of additional excitement and spectacular action to any iconic monument of the host city or shed a new light on less known urban areas, while also helping to engage young people in the sport from day one of the preparations and well beyond the Olympic Games.”