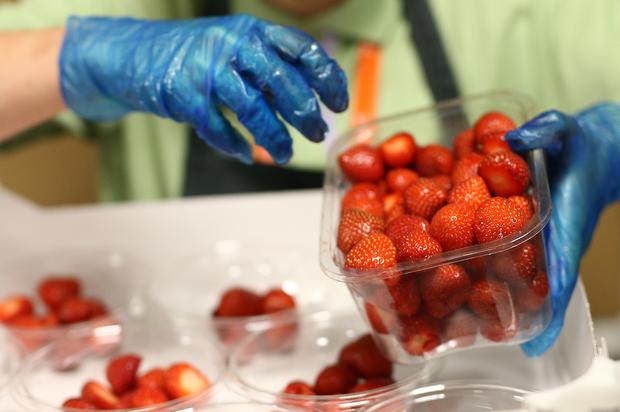 Narcotraffickers Busted With $13 Million Of Meth Stuffed In Strawberry Shipment

The drug trade is finding new and inventive ways to get their point across.

A truck driver with $13 million worth of methamphetamine was stopped at a Texas border crossing by customs officers who were performing random checks, as is standard procedure in such highly-concentrated Narco routes. The driver in question is a 42-year-old Mexican citizen who may have acting under the influence of a “controlling entity” with little rights of refusal.

Nevertheless, the seizure of 906 pounds of methamphetamine, equalling 411 kilograms on the metric scale, all housed in separate bags of frozen strawberries, puts the truck driver in an awkward position of having to answer to stringent US border laws and regulations, should he not provide authorities with information regarding the supply chain.

“This was an outstanding interception our officers accomplished this weekend,” said Port Director David Gonzalez, who stands responsible for the Texas border crossing at the heart of the 906-pound seizure.

As I mentioned earlier, the Pharr-Reynosa International Bridge remains a heavily trafficked port of entry at the far-reaching US-Mexico border. It is estimated that well over 150,000 vehicles cross the bridge in a given month – this according to Texas State officials who collected their data using toll booth technology. The 42-year-old truck driver remains in custody in the closest bureau that houses Homeland Security Investigations agents and their databases.

Idris Elba & Khalid Will Make Their “SNL” Debuts In March