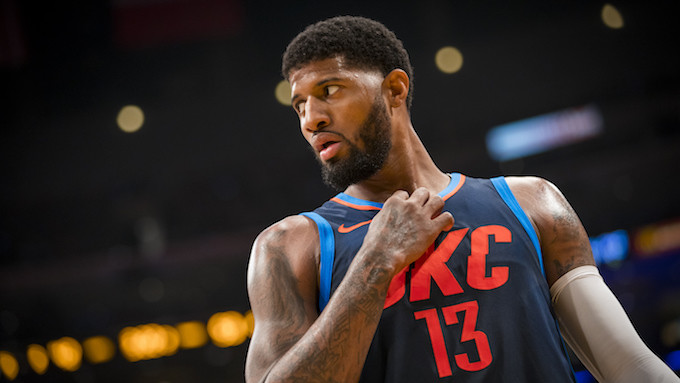 The fallout from Zion Williamson’s sneaker blowout continues, with the signature athlete behind the model he was wearing during the incident being the latest to offer his thoughts.

“I don’t necessarily know what happened, how it happened. I talked with Nike to see what went wrong, what happened with the shoe,” said George. “I take pride in that. My shoe has been a successful shoe, not only in college, but in the NBA. A lot of people have been in them, a lot of people are wearing them. So, I don’t necessarily know. It’s never happened to my knowledge before. That’s tough.”

After it was announced that Williamson wouldn’t return to last night’s game, George’s mentions on social media were flooded with comments placing blame for the incident on him. However, as George stated, the affordable PG series is one of the most popular lines on both the collegiate and pro levels, and this appears to be an isolated incident. Nike design veteran Tiffany Beers echoed that sentiment, telling Complex Sneakers, “I would say it’s a little more of a freak accident than an inherent issue with the shoe. If it was an inherent issue, you probably wouldn’t just see it on him. You would probably already see it happening in other areas. This is a very rare incident.”

George himself, who is in the midst of an MVP caliber season, is wearing his latest signature model, the Nike PG3. Since last night’s incident, Williamson has been diagnosed with a mild knee sprain and Nike has issued a statement saying that it’s “working to identify the issue.”

The Oscars: The Best Dressed Men of All Time Photos