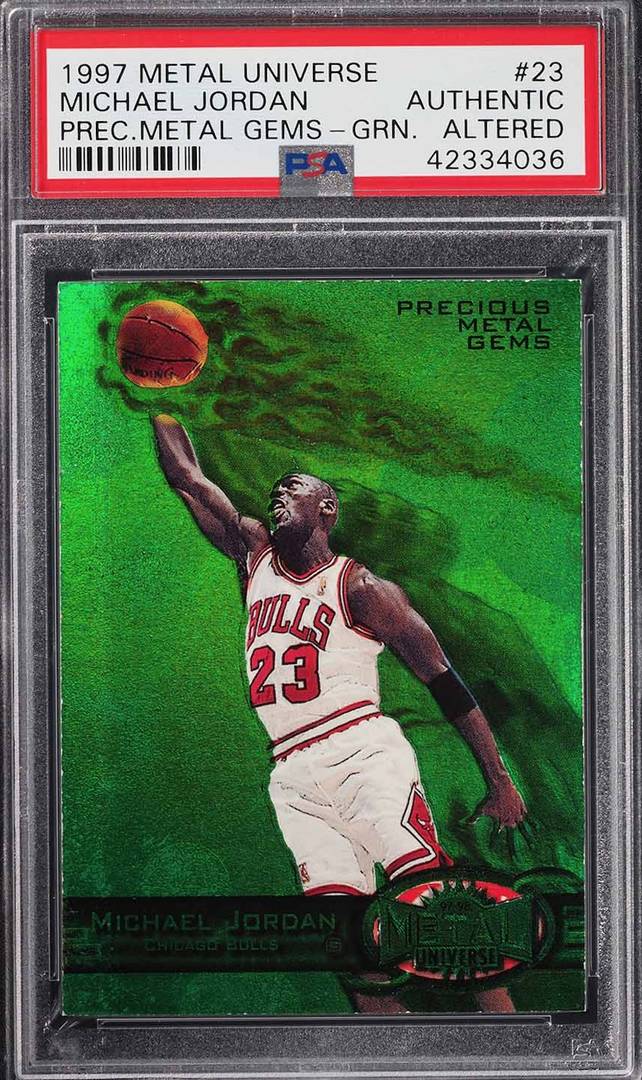 According to The Athletic’s Darren Rovell, the 1997 Metal Universe Precious Metal Gems card is now the highest priced basketball card ever sold on eBay.

The mythical Jordan card is one of only ten “Emerald” varieties created as part of the PMG parallel cards, which were rare inserts randomly packed inside Metal Universe boxes in 1997. Ninety others featured a red background, but they are nowhere as valuable as the Emerald card.

“In the world of trading cards this is a ‘true holy grail’ caliber asset, said Brent Huigens, CEO and Owner of PWCC who sold the card on eBay. “Most advanced investors have never seen one before and this was the first copy we’ve handled in 20 years. Arguably the most recognized and revered modern trading card in the world.”

According to reports, the last PMG Emerald Jordan sold privately for a “low six figure price” a few years ago. No others have been offered for sale in recent years.

The $350,100 price is the most ever bid for a single Jordan card at public auction and the third most expensive basketball card ever sold, according to Sports Collectors Daily.