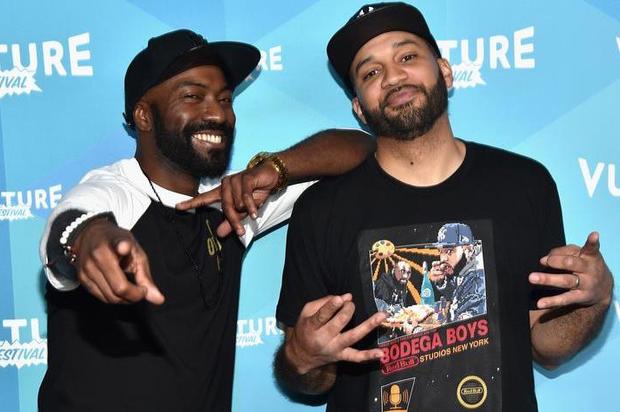 Desus & Mero’s foray into late night proves the brand is stronger than ever.

Desus and Mero have been putting in work for a minute, winning fans with their scathing social commentary and boundless wit. Now, the pair have officially entered the late-night lineup with a new series on Showtime. Desus & Mero premiered last night, and early reviews point to another promising look for the Bronx duo. Given the saturated market of late-night television options, Desus Nice and The Kid Mero remain two shining points, losing none of their trademark banter in the process.

In the first episode, the pair hold it down alongside first guest Alexandria Ocsario-Cortez, as well as parody the Viggo Mortensen and Mahershela Ali film Green Book with an elaborate skit. Yet the heart and soul of the series remains the hosts themselves, who remain in fine form throughout. Whether they’ll be able to tap into a new, unfamiliar market remains to be seen, but so far, Desus And Mero makes for a refreshing stray from traditional late night fare. With new episodes airing every Thursday, be sure to check out Desus and Mero in their eponymous series, and support the ever-strengthening brand.