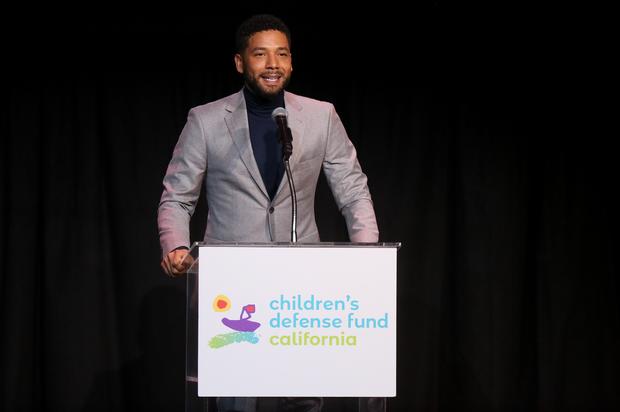 Despite the charges, Smollett is maintaining his innocence.

Jussie Smollett is facing a lot of criticism right now. The singer claimed he was attacked by Trump supporters who poured bleach on him and tied a noose around his neck while shouting racist and homophobic epithets. However, the story took a turn for the worst earlier this week when it was alleged that he staged his own attack. Police said he pulled this move since he was unhappy with his current salary. However, as Smollett posted bond and headed to the FOX studios, he gave the cast and crew of Empire an apology for putting them through this.

According to TMZ, Empire sources claimed that they waited for 30 minutes for Jussie to show up on set to begin filming the scheduled scene. However, when he showed up, he was with his family and in a deeply emotional state. He addressed the elephant in the room while he was on set.

“I’m sorry I’ve put you all though this and not answered any calls. I wanted to say I’m sorry and you know me i would never do this to any of you, you are my family. I swear to god i did not do this,” he reportedly said.

He ended up leaving the set afterward. However, he was crying a lot after his speech and producers gave him time before coming back on set to film his scene.