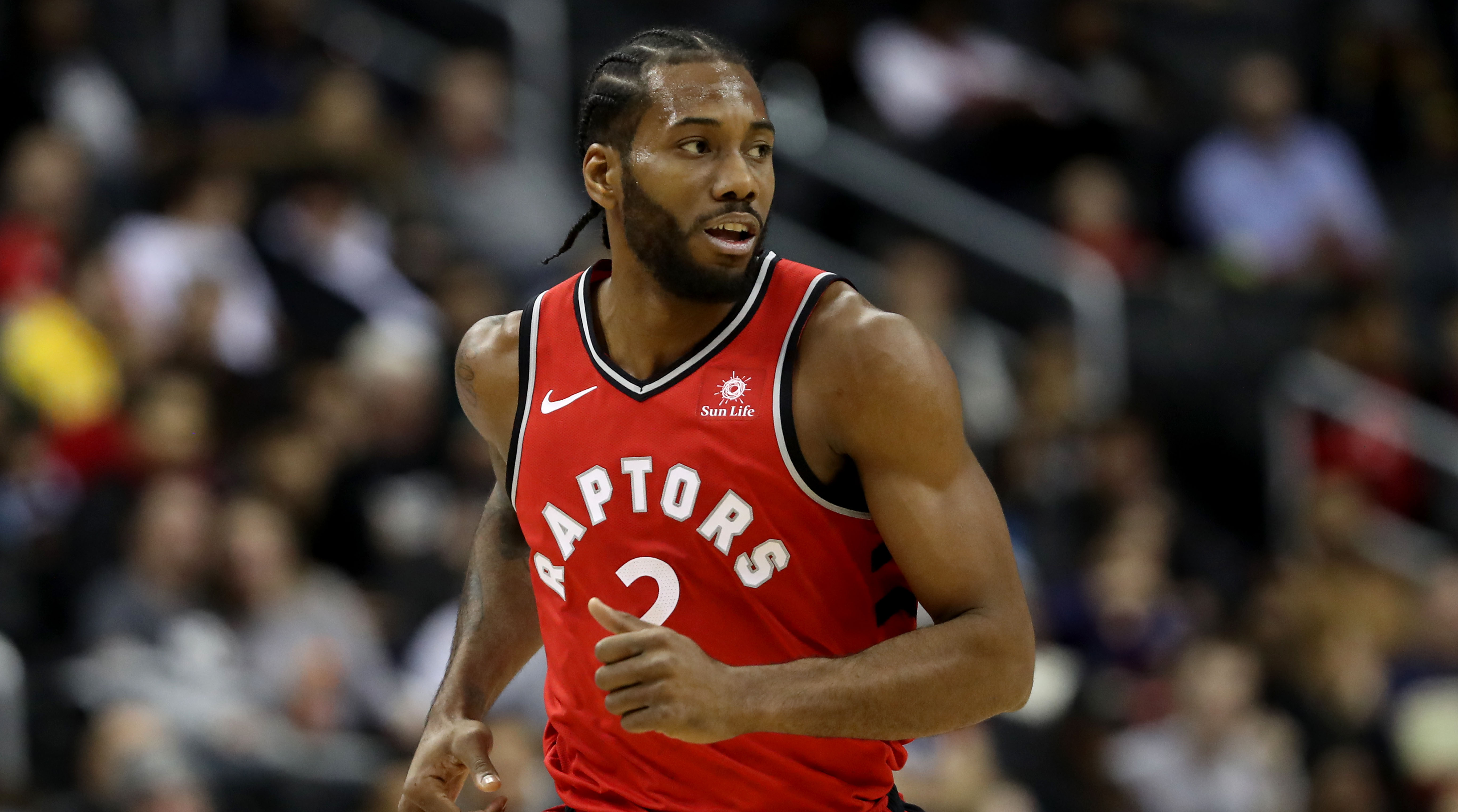 Kawhi Leonard is the biggest X-Factor in the East

The tinkering among the East’s elite at the trade deadline set the stage for what should be the conference’s most competitive postseason in many years. The Bucks, Raptors, Sixers, and Celtics all have compelling cases to make a Finals run, while the Pacers are still hanging around in the top three without Victor Oladipo. Who emerges from the aforementioned quintet could very well come down to seeding and matchups. It could also come down to one player catching fire and winning a series himself. For your consideration, today I’m submitting the name of Kawhi Leonard for being that player.

It wasn’t too long ago that Kawhi vs. Stephen Curry was a legitimate argument for third-best player in the league. We don’t even have to jump back two full years! Here’s SI’s Top 100 list from September 2017, in which Leonard vs. Curry for No. 3 was described as the most agonizing debate. (Leonard was ranked fourth, Curry third.) Since then, Leonard tumbled out of SI’s top 10, after his year of discontent in San Antonio led him to play in only nine games in 2018 before his trade request landed him with the Raptors. This season, there are a few names in the East garnering more attention than Leonard’s. Giannis Antetokounmpo looks like the future of basketball. Joel Embiid has lived up to his pre-draft potential. Kyrie Irving is already the owner of one of the greatest shots in Finals history. And yet, none of them have the same level of playoff accomplishments as Kawhi.

Leonard, a two-time Defensive Player of the Year, has already won a Finals MVP, and he did so by spearheading a throttling of LeBron James, Dwyane Wade, and Chris Bosh. (The Spurs’ win in 2014 was the most lopsided Finals victory by point differential at the time.) Meanwhile, Giannis has never made it out of the first round. Kyrie has never played a postseason game without LeBron. And the last time we saw Embiid in the playoffs, he was getting outplayed by Al Horford.

Of course, circumstances change, players take leaps, and there are great reasons to believe Giannis, Kyrie, and Embiid will all be spectacular come playoff time. But Leonard, who has received no MVP hype whatsoever, has come close to recapturing the form that made him a consensus top-five player in the league. Kawhi is averaging more points than he did during his sterling 2017 campaign (with a very slight downtick in efficiency), setting career highs in both points and rebounds per game. Leonard also remains the highest-ceiling perimeter defender in basketball. There are maybe two people on this planet who can credibly annoy Kevin Durant, and Leonard is the better of the pair (Paul George being the other.) The creature necessary to guard Giannis will probably take thousands of years of evolution to create, but until then, Leonard is again one of the very few viable options in the universe to take on the task.

And let’s not forget, the last time we saw Leonard in the playoffs, he was at the very height of his own powers. The Spurs had a massive lead on the Warriors in the 2017 West finals before Zaza stuck his foot under Leonard’s ankle. In the two rounds prior, Kawhi was on another planet, averaging over 30 points per contest in a breakout series against the Grizzlies, then forcing James Harden into a dismal round against the Rockets. That dude is seemingly back, and somehow he seems to be flying under the radar.

Giannis vs. Harden has dominated the MVP chatter, while the next bunch of candidates include Paul George and Nikola Jokic. The Bucks are the favorites to win the conference. Even this magazine put the Sixers on the cover of its East’s “re-preview” (on newsstands now!), despite Toronto having a five-game lead on Philly in the standings.

Now, narratives and all that stuff are largely nonsense. It doesn’t matter if Kawhi Leonard is completely forgotten or on the cover of every magazine between now and the playoffs. What does matter is what Leonard can do on the game’s biggest stage. As it stands, Leonard is a former Finals MVP who would appear to have something to prove in the playoffs. We’ve already seen what Kawhi can do at his best in the postseason, whether it’s shutting down offensive greats, taking over a series, or taking down an in-his-prime, top-two-ever player for a championship.

A return of that Leonard wouldn’t only wreak havoc in a conference that’s seemingly up for grabs. It could have some serious implications on his future. If Kawhi realizes he can lead this Raptors team to a Finals, and the East isn’t as much of a gauntlet as feared, could he be compelled to stay?

The East promises to be much more intriguing come springtime than (at the very least) a year ago, when LeBron was dragging an uninspiring Cavs squad on a death march to meet the Warriors. Leonard isn’t that player, but he’s taking strides toward again being the player he was two seasons ago, when he was a top-five talent and the NBA’s next big thing. For all the wheeling and dealing that went down at the deadline, there may be no answer among the East’s best teams if Leonard fully recaptures that form.